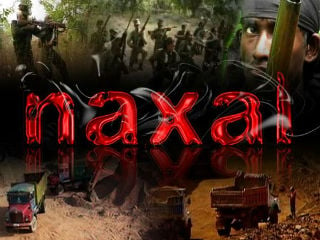 The National Investigation Agency (NIA) conducted several raids at both the homes and offices of multiple lawyers and activists in Andhra Pradesh and Telangana. The raids began on Wednesday night, totalling at least 22 persons whose premises were searched. The raids were conducted over alleged Maoist ties.

In Hyderabad, the NIA in conjunction with local police teams raided the houses of Telangana High Court advocate V Rathunath, and Dappu Ramesh, a former member of Jana Nitya Mandali.

OpIndia has previously reported on the Maoist ties of the Andhra Pradesh Civil Liberties Committee (APCLC) and the Committee for Release of Political Prisoners (CRPP).

The APCLC has a history of its members being arrested. Two of its activists were arrested in December 2004 by the Warangal Police after they were allegedly found moving with armed Maoists. In 2009, an APCLC activist was arrested on charges of assisting Maoists in the murder of ZP vice-chairman Samida Ravishankar in 2007.

In 2012, Andhra Police arrested 2 APCLC activists along with 18 members of Chetna Natya Manch (CNM), a Maoist cultural outfit. The Police claimed that members of the CNM had arrived at Hyderabad from Khammam on the invitation of the APCLC members to create awareness among people against the encounter of civilians by anti-Maoist forces.

In 2003, Andhra Pradesh Police had arrested three APCLC activists in connection with an attack on Chief Minister Chandrababu Naidu including the outfit’s Chittoor district president Hari Prasad, a move that was condemned by an organization it is associated with, Association for Protection of Democratic Rights (APDR).

In 2014, the Police in Hyderabad stopped Pratyamnaya Rajakeeya Vedika (Forum for Political Alternative) from holding a meeting, asserting that it’s a frontal organisation of a banned Maoist Party. Varavara Rao, one of the leaders of the forum, was among the 50 leaders and activists who were arrested by the Police. As per the High Commissioner of Police, the High Court had denied permission to the forum to hold the meeting. Chilaka Chandrashekar, the General Secretary of APCLC, and other members of the organization were also detained as per the statement released by the members of various organizations working under CDRO. As per reports, according to Intelligence agencies, Varavara Rao, which the APCLC appears to have links with, attended the funeral of a Maoist killed in Gadrichholi in 2017 and also attended a meeting to commemorate the first death anniversary of slain Maoist commander Kapuka Prabhakar.

Another organization that is intricately linked with the investigation by Pune Police into the violence at Bhima Koregaon and the alleged assassination plot to murder Prime Minister Modi is the Committee for Release of Political Prisoners (CRPP).

Vernon Gonsalves, another activist raided by the Pune Police, is an executive member of the CRPP. Rona Wilson, one of those arrested in June, is the public relations secretary of the CRPP. The President of CRPP is SAR Geelani, a man who was booked for sedition in 2016 and is a vocal proponent of an independent Kashmir.

Amusingly enough, the Congress party which has come out in vigorous support of those raided by the Pune Police had branded the CRPP a Maoist front organization itself in 2011. An Advocate, Balla Ravindranath, a secretary of CRPP was arrested at Telangana and charged by the Chhattisgarh Police under Sections 8(1), 8(2), 8(3) and 8(5) of the draconian Chhattisgarh Special Public Security Act, 2005 (CSPSA) after he was handed over to them.

On March 5, the NIA took over the Munchingput case filed by Andhra Pradesh Police against nearly 80 people under the Unlawful Activities Prevention Act (UAPA). In November 2020, police raided a local journalist, P. Naganna, seized Maoist literature from him, filed an FIR, and started an investigation.

Based on the alleged confession of P. Nagnna, around 80 people with Maoist links have been named and identified.