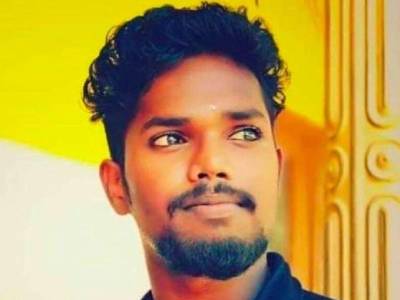 As per reports, SDPI took out a rally on Wednesday evening in the Wayalar region of Alappuzha district in Kerala, where they raised provocative slogans against BJP leaders. It led to a clash between the two groups. During the clash, Nandu was hacked to death. Six others were injured in the clash, out of which two are in critical condition. BJP/RSS has called for a district-wide strike on February 25.

The Cherthala Police said that a program was organized by SDPI at Nagamkulangara where the leaders of the organization used some provocative words. After learning about the program, RSS activists gathered at the spot and staged a protest. So far, Police have detained six SDPI members in connection to the murder. To ensure law and order, extra Police forces have been deployed in the district. The RSS leadership has asked its workers to exercise maximum restrain during the strike to avoid any provocation.

Reports say that local SDPI and RSS workers had been at loggerheads for the last few days. On the day of UP CM Yogi Adityanath’s rally at Kasargod, the SDPI at Walayar had organised a protest, which was opposed by RSS workers.

SDPI and PFI have problematic past

SDPI is the political wing of the Popular Front of India (PFI). I have been involved in several clashes with RSS in the past. PFI was formed in 2006, and since then, it has been allegedly involved in several clashes and political murders. Several investigation agencies, including the National Investigation Agency (NIA), have named PFI in many cases. The first module of Islamic State that NIA busted in Kerala had some members of PFI. SDPI was also named in the Bengaluru riots of August 2020.