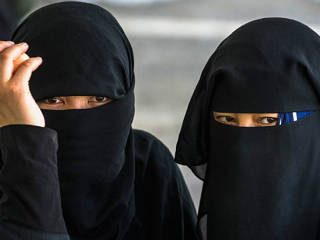 Reiterating the Muslima law on marriage, the Punjab and Haryana High Court said that a Muslims girl can be married off to anyone on attaining puberty even if she has not yet completed 18 years of age. The High Court referred to Article 195 of the book ‘Principles of Mohammedan Law’ by Sir Dinshah Fardunji Mullah, which is considered as one of the authoritative texts on Muslim personal law.

The High Court said that a Muslim girl who has attained puberty is allowed to marry a person of her choice as per the Muslim personal law.

Muslim law book says mentally disabled persons, children who have not attained puberty can also be married off by ‘guardian’

Quoting Article 195 from Mulla’s book, the High Court explained the ‘capacity of marriage’ under Muslim personal law. “Every Mohomedan of sound mind, who has attained puberty, may enter into a contract of marriage. Lunatics and minors who have not attained puberty may be validly contracted into marriage by their respective guardians. A marriage of a Mohammedan who is (of) sound mind and has attained puberty is void if it is brought without his consent”, the High Court reportedly quoted. It added, “Puberty is presumed, in the absence of evidence, on completion of the age of 15 years”.

The order was passed by Justice Alka Sarin during the hearing of a petition filed by a Muslim couple from Punjab. The petitioners, husband aged 36 years and ‘wife’ aged 17 years, had got married on January 21, 2021, in accordance with Muslim ceremonies. The couple had sought protection from the court alleging that their relatives were opposed to their relationship. The judge observed that the petitioners could not be deprived of their fundamental rights conferred by the Constitution merely because their relatives were against them. She added that the relatives had no right to interfere because the couple had contracted marriage as per the Muslim personal law. The court directed SSP Mohali (SAS Nagar) to provide security to the couple.

Several courts and judges have raised concerns in the past

Speaking at an event in 2017, SC judge Justice AK Sikri had said that though the Prevention of Child Marriage Act is a secular law, child marriages are still rampant because the societies have refused to change. He had cited that the Muslim Personal Law is in conflict with the Prevention of Child Marriage Act because, under it, a girl who has attained puberty becomes eligible for marriage. He had also stated that a girl can also attain puberty at the age of 11 and such religious personal laws are making it difficult for a social evil like child marriage to be eradicated.

The verdict was given on a PIL filed by SDPI against a district social welfare officer’s action which had prevented the marriage of a 16-year-old Muslim girl and had handed her over to the Child Welfare Committee in Virudhnagar in 2015.

Recently, the Punjab and Haryana HC had passed another order asserting Sharia law, stating that a Muslim man can have multiple wives, but a Muslim woman will first have to divorce her current husband if she wants to live with another man.