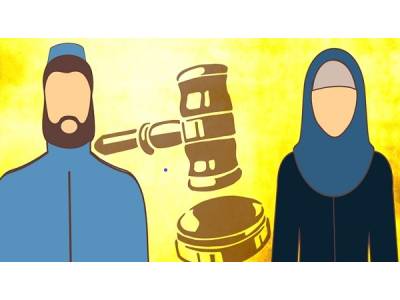 While hearing a petition filed by a Muslim couple from Mewat district in Haryana seeking protection, the Punjab and Haryana High Court declared their marriage illegal citing the Muslim personal law. According to reports, the Muslim man and the woman were already married but they had remarried each other as the woman did not want to live with her husband. The woman told the High Court that her first marriage was against her will and that she wanted to live with her lover.

A Muslim man can have multiple wives without divorce, but a woman will need to divorce her husband first: HC

The couple was reportedly facing threats from their family members and therefore they moved the High Court seeking protection. The High Court, however, said that under the Muslim law a man can remarry without divorcing his first wife as he is allowed to have four wives but a Muslim woman cannot remarry without taking divorce from her husband. Justice Alka Sarina said that a Muslim woman needs to take divorce from her husband under the Muslim Marriage Act, 1939 to remarry.

The couple told the could they were facing death threats from their families and also eviction from the property. The counsel appearing for them contended before the court that the couple could remarry as per Muslim law. Responding to this the High Court said that only a Muslim man is allowed to marry a second wife without divorcing his first wife but a Muslim woman needs to divorce her husband if she wants to remarry.

Hearing their petitions, the court reportedly refused to issue orders for their safety citing them as a married couple. But the HC said that they can approach the local SP to seek protection as the police can provide protection to all individuals regardless of their marital status.