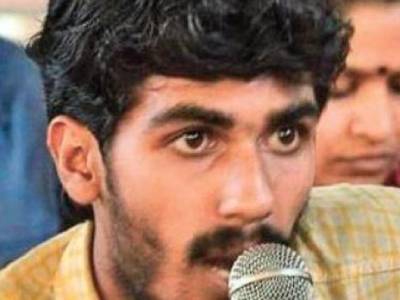 The National Investigation Agency (NIA) has arrested 26-year-old Vijith Vijayan on Thursday for his alleged involvement in distributing pro-Maoist brochures in Kozhikode.

According to the reports, Vijayan worked with the banned CPI (Maoist) organisation’s publication wing and translated radical Maoist literature from English to Malayalam. The arrest of Vijayan by the NIA officials is the third arrest in the Pantheerankavu Unlawful Atrocities (Prevention) Act (UAPA) case.

Vijith, who is the fourth accused in the case, had played a key role in propagating the radical ideology among youths, the NIA said. Meanwhile, the agency is also searching for Vijith’s friend Eldho Wilson, who is yet to be arrested, as the fifth accused. Vijith is a B.Tech graduate and has worked as a teacher in tuition centres, the NIA said.

“Our investigation has revealed that he is an active cadre of the CPI (Maoist) organisation and maintained close contact with leaders of the banned outfit. He is also suspected to be part of the publication wing of the CPI (Maoist) party and apparently translated Maoist literature from English to Malayalam,” an NIA official said.

The arrest of Vijith comes a year after Kerala police had nabbed two Communist cadres – Thaha Fasal and Alan Suhaib from Pantheerankavu for holding a clandestine Maoist meeting outside a shop in Kozhikode. The third accused CP Usman had managed to flee from the police when they reached the spot.

The two arrested, who hailed from Thalassery, were handing out pro-Maoist pamphlets and shouting pro-Maoist slogans when Kerala police arrested them from Pantheerankavu market area. The two accused were protesting against the gunning down of alleged Maoists by the Thunderbolt force in the forests of Palakkad.

It is noteworthy to mention that the two students’ arrest came three days after the Thunderbolt team of the Kerala police eliminated four Maoists in Attappadi, Palakkad.

On November 27, the Kerala High Court had dismissed the two students’ bail petitions, who were also CPI(M) activists. The court had admitted the police’s evidence to prove the arrested students had Maoist links and denied them bail.

Communists divided over arrests of cadres in Maoists-link case

The case has caused a massive political uproar within Kerala’s ruling Left government after the police charged the communist cadre under UAPA. Alan Shuhaib is the local Kozhikode Kallai Thiruvannur branch member of the party while Thaha is the DYFI unit secretary of the Pantheerankavu local branch.

Following the arrest, Kerala CM Pinarayi Vijayan had sought an explanation about the grounds on which the police hauled up the two law students. However, as NIA took up the case, Vijayan took a u-turn to call his own cadres as ‘Maoists’ openly. CPI(M) leaders, including Sitaram Yechury and Prakash Karat, had expressed their support for the arrested individuals who had alleged links with Maoists.