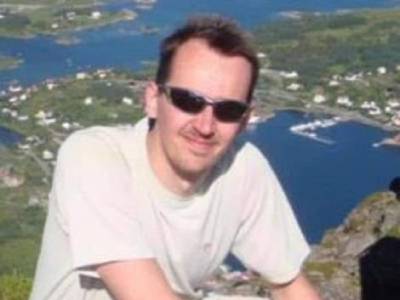 The beheading of a 47-year-old high school teacher named Samuel Paty on Friday in the Paris suburb of Conflans-Sainte-Honorine has sent shockwaves across the world. The terror attack was executed by an 18-year-old radical Islamist named Abdoullakh Abouyezidovitch A.

He stabbed Paty in the throat and severed his head for showcasing cartoons of Prophet Mohammed to his students in College du Bois d’Aulne during a civics class on freedom of speech. The young terrorist had also uploaded the gory pictures on Twitter, before being shot dead by the French police.

Online campaign was on to get Samuel Paty fired

Now, intriguing details have surfaced as to how online doxxing facilitated the barbarian act. On October 7, a man Brahim Chnina had uploaded a Facebook post wherein he claimed that his daughter and other Muslim students were asked to raise their hands by their history teacher. His daughter studies in the 4th grade and is 13-year-old.

The man further claimed that the said teacher then asked the Muslims to get out of class as he was about to show something that would ‘shock everyone’. While a few Muslim students complied with the request, the man’s daughter refused to do so. He alleged that the history teacher then showcased the image of a naked man and claimed that it was that of Prophet Mohammed. An agitated Brahim Chnina called the act a ‘disgrace’ and informed that he would take up the matter with the administration. He also urged others to send emails to the school principal, demanding the termination of the said teacher.

Although he had not named Samuel Paty in the post, the online campaign to sack the 4th-grade history teacher was enough to help agitated Muslims to identify him. It is important to note that Brahim Chnina later gave away the name of the teacher in another Facebook post. However, even before he did so, personal information of Samuel Paty began doing the rounds on the internet. This is evident from the screenshots that began circulating on social media.

In another Youtube video on October 12, the man came on air along with his daughter. A man off-camera, now known to French security agencies, had claimed that President Emmanuel Macron was inciting hatred against Muslims and called for ‘mass mobilisation’ in case teacher Samuel Paty was not removed. It is now being speculated whether the 18-year-old terrorist was motivated by the online campaign to avenge the insults against the Prophet.

As per reports, the local mosque (La Grande Mosquée de Pantin) had also joined the online campaign to get Samuel Paty fired. While sharing the video address on Facebook, it had urged fellow Muslims to contact Brahim Chnina, the father of the 13-year-old student. Although the mosque did not give away personal details of the deceased teacher, it was allegedly a part of the mobilisation campaign that eventually lead to the gruesome crime.

However, after the beheading case came to light, the mosque authorities quickly took down the Facebook post and condemned the incident. It stated, “We strongly condemn this savagery, Islam and its teachings strongly oppose such acts.” Terrorist asked students to identify the teacher, prior to beheading

Abdoullakh Abouyezidovitch, born in Moscow, had come to France as a refugee and was out of the radar of the anti-terrorism police. He had earlier been to courts for minor offences. Reportedly, he wanted to ‘punish’ the teacher for his ‘blasphemous act’. The 18-year-old Islamic terrorist, who lived in the Normandy town of Évreux, had no connections with the school or the teacher. On Friday, he waited outside the school premises and asked pupils to point out Samuel Paty.

As per reports, Abdoullakh then followed the victim, who was en route to his house on foot. Abdoullakh, then, attacked Paty, inflicted wounds to his head and then beheaded him. The young terrorist then uploaded the gory picture of the severed head on Twitter and wrote, “In the name of Allah the most gracious, the most merciful, … to (President Emmanuel) Macron, leader of the infidels, I have executed one of your hell-hounds who dared to belittle (Prophet) Mohammad.”

As per reports, France police have initiated a probe into the beheading of the 47-year-old high school teacher. Since Friday, the police have arrested a total of 10 people in connection to the case. On Saturday, France 24 reported that 9 people were arrested on Friday including the parents of a child at the school where the teacher was working. While condemning the incident, Education Minister Jean-Michel Blanquer said, “Our unity and our resolve are the only responses faced with the monstrosity of Islamist terrorism.”

In a barbaric attack, a high-school teacher was beheaded by an Islamic terrorist in the French capital Paris for allegedly shown caricatures of the Prophet of Islam to his students. The Paris beheading comes as a grim reminder of the Charlie Hebdo massacre where Islamic terrorists had gunned down 12 people in their officers for publishing the caricature.

According to the reports, a Muslim youth stabbed a 47-year-old teacher in his throat while shouting “Allahu Akbar”. The attacks occurred at the suburb of Conflans-Saint-Honorine, northwest of Paris on Friday. The terrorist is identified as an 18-year-old Muslim youth, allegedly belonging to Chechnya, Russia.

The French police arrived near the school after the Muslim youth was suspiciously found loitering near the victim’s school. The police found the dead body of the victim near the school. They chased the terrorist and shot him dead after he threatened the officers with a weapon. The officer sealed the area on the suspicion that the attacker had carried a suicide vest.

Shockingly, the attacker had also taken to social media to post the images of the victim’s severed head. The images which were uploaded on Twitter were soon removed by the authorities.

Meanwhile, the anti-terror prosecutors in France said they were treating the act as an “assassination in connection with a terrorist organisation”.

The victim was a history-geography professor, who had shown his students cartoons of the Prophet of Islam from Charlie Hebdo during a class debate on freedom of expression. This had sparked complaints from a number of parents and one of them had lodged a complaint against the teacher.

French President Emmanuel Macron called the incident as an “Islamist terror attack” and urged the nation to unite. He said the victim was murdered because he was a teacher and taught freedom of expression.

French President Emmanuel Macron visited the school said, “One of our compatriots was assassinated today because he taught. He taught his students about freedom of expression, freedom to believe or not believe. It was a cowardly attack. He was the victim of a terrorist Islamist attack,” Macron said.

Education Minister Jean-Michel Blanquer that Friday’s attack was against the Republic as it was one despicable assassination of one of its servants. “I think tonight of him, of his family. Our unity and steadfastness are the only answers to the monstrosity of Islamist terrorism,” he added.

The Friday’s attack comes amidst the ongoing trial against the terrorists responsible for the January 2015 attack on Charlie Hebdo. In January 2015, Islamist terrorists had gunned down 12 people in and around the Charlie Hebdo offices for publishing caricatures of Prophet Muhammad.

Charlie Hebdo, a satirical newspaper, had published cartoons that depicted Muhammad, which is strictly prohibited in Islam. Offended by Charlie Hebdo’s actions, two Islamic terrorists had attacked the office of Hebdo in 2015 and had killed 12 people. The terrorists had stated that the attack was an act of revenge for depicting the Prophet Muhammad.

Just last month, Charlie Hebdo had commemorated the beginning of the trial by publishing new cartoons of Muhammad.

However, weeks later, four people were stabbed outside the former offices of Charlie Hebdo in Paris. The officers had said that the assault was another attempt to attack the newspaper’s journalists.