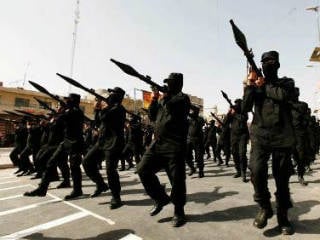 A Kochi court on Friday found an Indian national trained by ISIS in Iraq in 2015 guilty of hatching a criminal conspiracy to wage war against the Indian and Iraqi governments.

Subahani Haja Moideen, a resident of Kerala and the kingpin of ISIS activities in South India, was arrested in 2016 from Tamil Nadu’s Tirunelveli district in connection with the bust of an ISIS terror cell that was planning to carry out attacks at public places and eliminate certain prominent personalities.

The court will announce the quantum of punishment to Moideen on Monday.

Subahani was arrested on October 3, 2016, by the National Investigation Agency after police busted an ISIS-inspired module and arrested 6 people from Kerala and Tamil Nadu. The youth arrested were reportedly collecting explosive to execute their nefarious designs in India.

The police secured vital information from the arrested youth that led to the arrest of Moideen from Tamil Nadu’s Tirunelveli district. He had fled to Tamil Nadu from Kerala after the National Investigation Agency arrested 6 of his associates for having suspected links to ISIS.

Subahani knowingly and intentionally became the member of ISIS

During the interrogation, Moideen confessed of having served in Iraq for the Islamic State. He said that he was radicalised and indoctrinated on social media following which he told his parents and wife of going to perform Umrah. However, he went to Istanbul instead and crossed over into the ISIS-controlled region of Iraq to fight for the terror outfit.

ISIS terrorist Subahani had got training in using lethal weapons such as the Russian-made heavy machine gun called Dushka and grenade launchers. He was among the few Indians to have gotten tough battle training in Iraq to wage Jihad.

However, he told his ISIS handlers of he could not cope with the gruesome nature of terrorism in Iraq after he saw two of his friends reduced to ashes in a shell attack. He was jailed for deserting ISIS and remained incarcerated for 55 days. Subahani was subsequently transferred to Turkey from where he contacted his family with the help of Indian consulate.

Once he was back in India and settled, he once again contacted ISIS handlers over the Internet and was planning to carry out attacks in India. He was tasked with the responsibility of building the ISIS terror cell and spreading the terror network of the organisation in the Indian subcontinent. He was planning to collect explosives and precursor chemicals from Sivakasi to conduct the attacks but was arrested by the NIA just in the nick of time.