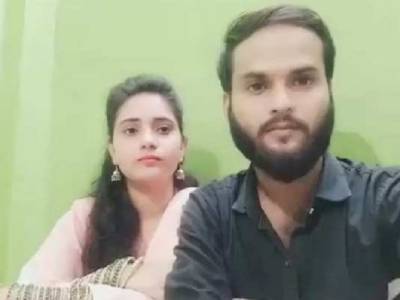 The Kanpur Police which has formed an eight-member Special Investigation Team(SIT) to investigate the rising number of forced conversions done on the pretext of marriage in the state, has got its hands on a woman advocate, allegedly involved in preparing fake documents for the accused in the Love Jihad cases. This advocate has allegedly been involved in many such cases which have surfaced in Uttar Pradesh’s Kanpur and other nearby areas. By scrutinising her phone records, the UP police are hopeful of getting through to the mastermind behind this systematized syndicate has been operating to execute this ‘organised crime’.

The Uttar Pradesh police ran across this woman advocate while it was investigating a recent Love Jihad case, where a 32-year-old Mukhtar Ahmed faked his identity and introduced himself as Rahul Vishwakarma to befriend a 22-year-old Hindu girl in Kanpur’s Naubasta district. The man lured and brainwashed the Hindu girl. The girl, who was completely in love with Mukhtar Ahmed, married him in the court on 17 April 2019, without informing her parents about the same. It was this woman advocate who arranged for the fake documents for this Hindu girl in which she named her Mariam Fatima.

The Uttar Pradesh police, through this advocate, is trying to find out the links of the ongoing ‘Love Jihad’ racket in Kanpur. It is through her, that the police are trying to get their hands on the cartels which are operating at the behest of the Islamist organisations, who are providing the former with funding and logistical aides and these cartels are in turn helping the Islamists to spread their fanatical agenda and destabilize the country.

People privy to these cases opined that the magnitude of crime being executed in various parts of Uttar Pradesh, especially the western fringe of the state, indicates that it cannot be the work of individuals. Evidently, a systematized syndicate has been operating to execute this ‘organised crime’ with financial and logistical support from various Islamic organisations, they said.

The SIT are also probing the alleged role of the banned radical organisations like Popular Front of India (PFI) and SIMI behind the funding of the ongoing ‘Love Jihad’ racket in Kanpur. Along with these banned radical Islamic organisations like PFI and SIMI, it is being alleged that Pakistan funding might also be involved in the Love Jihad conspiracies that have been rearing its ugly head across the country, especially in Uttar Pradesh.

In a major breakthrough, the special investigating team (SIT) which has been working relentlessly under the directions of Uttar Pradesh CM Yogi Adityanath, to probe the allegations of ‘Love Jihad’ and forced conversion in the state, has managed to establish links between all the five cases which were reported from Kanpur’s Juhi colony last month. According to a Jagran report, the Uttar Pradesh police, after scrutinising the call record details (CDR) of the five Muslim youths accused of implicating Shalini Yadav and four other Hindu girls in Juhi colony, ascertained that they were not only in touch with each other but also working in unison.

It is pertinent to note here that these five girls, belonging to different families, hailing from different areas, had almost at the same time ended up abandoning their families, converting to Islam and marrying these boys.

Interestingly, the call records of Faisal accused in Shalini Yadav’s case, the two Shahrukhs accused of implicating two sisters from the Kalyanpur on July 2 and Mohd Moseen and Aamir, accused in the Panki case, showed that all these five boys interacted daily with each other. SIT’s in charge CO Govindnagar Vikas Pandey also said that evidence points out that these youths were in regular touch and often met each other.

Though the UP police have still not managed to identify the alleged mastermind of the racket, it said that the disclosure definitely authenticates the claims that an entire “Love Jihad” syndicate has been working in various parts of Uttar Pradesh, especially the western fringe of the state.

While extensively reporting about these cases of Love Jihad in Kanpur’s Juhi colony, OpIndia had turned the spotlight on the forces which are active across the country, targeting susceptible and vulnerable Hindu women, luring, brainwashing and forcefully converting them into Islam. OpIndia spoke to the Bajrang Dal activists, who explained how these cartels operate with financial support from various Islamic organisations.

In fact, owing to this case, Juhi colony’s Shalini Yadav’s case and several such cases reported from different parts of the state, the Uttar Pradesh police have constituted a special investigating team (SIT) to probe allegations of ‘Love Jihad’ and forced conversion.

The SIT, which has come across at least 9 such cases of recent past, has decided to broaden the scope of its investigation and probe the alleged role of the banned radical organisations like Popular Front of India (PFI) and SIMI behind the funding of the ongoing ‘Love Jihad’ racket in Kanpur.

Pertinently, the banned radical Islamic organisations like PFI and SIMI are notoriously known for funding various anti-national activities. Last year in December, during the anti-CAA protests that had literally engulfed the entire country, an Intelligence report shared with the Ministry of Home Affairs had pointed to some ‘political parties’ and banned radical Islamist outfits like SIMI and PFI for being behind the violent protests in several places across the country.

According to a Zee report, Pakistan funding might also be involved in the Love Jihad conspiracies that have been rearing its ugly head across the country, especially in Uttar Pradesh.

Meanwhile, according to Inspector General (IG) Kanpur, Mohit Agarwal, who set up a Special Investigation Team (SIT), led by Superintendent of Police south Deepak Bhuker, to probe the matter, there is a large possibility that these Islamic outfit is trying to spread ‘jihad’ across the length and breadth of the state by providing financial assistance to a handful of organizations that are involved in such anti-national acts.

He has instructed the team to collect information about such organizations and such people from the mobile numbers of the accused.