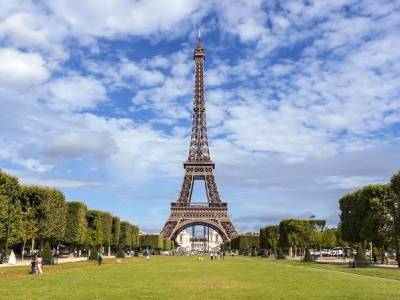 The Eiffel Tower in Paris has been evacuated after a reported bomb threat. According to a report in Mirro UK, armed police personnel have laid a cordon around the iconic structure after a man shouted ‘Allah ho Akbar’ and threatened to ‘blow everything up’.

“A man threatens to blow everything up.”

The city police had sealed off the Parisian landmark on midday Wednesday after an anonymous phone call was reportedly made claiming explosives had been left there. The combing operation is underway and the authorities have urged people to stay away from the area until a thorough sweep has been carried out.

It is said that an anonymous caller told the police that they had planted a bomb at the site, which is normally visited by thousands of people every day.

Eiffel Tower is one of the most popular tourist destinations in Paris and thousands of people visit the landmark. According to some estimates, an average of 25,000 people ascend the tower every day, which often results in interminable delays and serpentine queues at the foot of the structure.