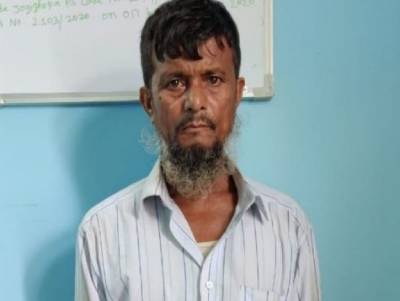 The Assam police have apprehended a 58-year-old man named Samer Ali for raping a 9-year-old girl in Jogighopa town of Bongaigaon district in Assam.

The incident took place on Wednesday. Reportedly, Ali lured the minor girl into his house and then raped her. He had been on the run from the law enforcement authorities since the heinous crime. Ali was eventually nabbed by the Jogighopa police from Bharalkundi village.

Accused is a relative of the victim

A First Information Report (No. 306/20) had been lodged in connection to the case. Preliminary investigation has revealed that the accused is the paternal grandfather of the victim, as per the reports. The incident has created an atmosphere of fear and tension in the area.

Rising cases of rape of minor girls in Assam

This is not the first time that such an incident has come to light. Earlier, the Assam police have arrested a named Riki Ahmed alias Bicky of Kawri Patty area of Naliapool for allegedly raping a 15-year-old minor girl several times in Dibrugarh. The accused Riki Ahmed is the maternal uncle of the victim. According to Additional Superintendent of police, Padmanav Baruah, a case (no 1513/20) under sections 448/376 D(A)/ 506 of the IPC, Section 4 of Protection of Child from Sexual Offence Act has been registered against the offender at Dibrugarh police station.