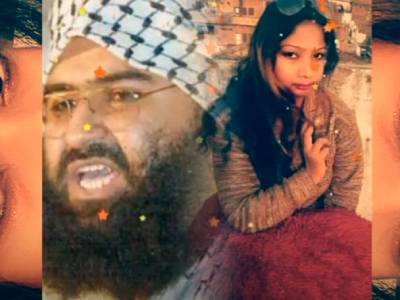 Prayagraj police had arrested Muslim YouTuber Heer Khan, who had posted hateful anti-Hindu videos on her Youtube channel and sent her to jail on August 26 (Wednesday). The Anti-Terrorism Squad (ATS) and the Intelligence Agency are now trying to dig out information about the people whom the YouTuber was in contact with, reports Hindi Daily Jagran.

According to the report, investigations have revealed that the Islamist YouTuber was in regular touch with two Pakistani youths over Whatsapp, besides being in contact with some youths from Saudi Arabia. She also regularly interacted with some youths from Hyderabad, Kanpur, Delhi, a student of Aligarh Muslim University and a Maulana.

After recovering anti-India and communally sensitive materials from the YouTuber’s house, her links with many foreign gangs are also under scrutiny.

Jagran reports that one of Heer’s relative is said to be associated with Jamaat-e-Islami-Hind. The son of this relative is a member of the Student Islamic Organization.

Jamaat-e-Islami Hind (JIH) is an Islamic organisation in India with around 10,000 members and 500,000 sympathisers among India’s 130 million Muslim population. It was founded as an offshoot of the Jamaat-e-Islami, which split into separate independent organisations in India, Pakistan, Bangladesh and Jammu & Kashmir following the Partition of India in 1947.

Following the ghastly terror attack in Pulwama on February 28, the Government of India had banned Jamaat-e-Islami.

The Anti-Terrorism Squad (ATS) and the Intelligence Agency which interrogated the YouTuber before she was sent to custody, also revealed that Heer indulged in spewing hate and venom on the social media after getting inspired by videos of Jaish chief Masood Azhar.

Notably, in her Youtube channel also she has showcased her “love” for Pakistani terrorist Masood Azhar. Azhar is the mastermind behind several attacks in India, including 2001 Indian Parliamentary attack, 2008 Mumbai attacks, 2016 Pathankot attack and 2019 Pulwama attack.

It is further reported that in the last two years, the YouTuber had participated in many debates and protests organised across the country. She had reportedly been a part of the anti-CAA and NRC protest at Prayagraj’s Mansoor Ali Park where she had vociferously spoken against the government and its decision.

The Jagran report stated that Heer had failed in high school, but later had taken coaching to learn English so she could use social media.

Shalabh Mani Tripathi, the media advisor to Uttar Pradesh CM Yogi Adityanath took to the microblogging site to confirm that the Prayagraj police have arrested the Muslim YouTuber Heer Khan, who had posted hateful anti-Hindu videos on her Youtube channel. She was hiding at her relative’s place, revealed Tripathi.

Earlier in the day, the Prayagraj police had registered a complaint in Khuldabad Police Station, after several social media users tagged Uttar Pradesh Police and urged them to take immediate action against her. Some Hindu leaders have also initiated complaints against the said Youtube user. Hashtag #ArrestHeerKhan had started trending on Twitter.

It is believed that the said YouTuber had gone missing as soon as the FIR was registered in her name. The Prayagraj police raided several places in search of Heer Khan, who was finally found hiding in her relative’s house.

In a shocking video uploaded on 23rd August on Youtube Channel “Black Day 5 August,” a YouTuber named Heer Khan was seen abusing Hindu Gods and Goddesses. In the video, she abused Goddess Sita and called her r*andi(sex worker) and referred to Ayodhya as a who*ehouse.

In a video full of derogatory words and expletives against Hindu Gods, Khan also called Bhagwan Ram a son of r*andi in the video. She claimed in her video that if anyone says anything against Islam, Muslims will not sit quietly.

She went on to use extremely derogatory, abusive and sexually explicit words against Hindu Gods in a vile rant.

The video clip was shared on Twitter by a netizen who asked for the source and location of the women to file a complaint. Addl. Director-General of Police Dr Sandeep Mittal noticed the video and notified UP Police to take action accordingly. Lucknow Police has taken cognizance of the video and replied to ADG Mittal that they had directed Cyber Cell to take necessary action against the said Youtuber.

In another recent video that Heer Khan uploaded on 24th August, she claimed that she had been abusing Hindu Gods from last two years and no one had taken action against her. She is then seen threatening that if anyone dares to say anything against her and Islam, the women in their family will be raped. She also mentioned the recent Bangaluru riots in her video and threatened similar “actions” if anyone says anything against the Prophet.

The said Youtube channel in question started uploading videos on 4th January 2020. In the first video, she said that she used to have an old channel which she deleted. Though she hides her face in a majority of the videos, in a couple of videos she posted, in the beginning, had her face. She had showcased her “love” for Pakistani terrorist Masood Azhar. Azhar is the mastermind behind several attacks in India, including 2001 Indian Parliamentary attack, 2008 Mumbai attacks, 2016 Pathankot attack and 2019 Pulwama attack.

Another video has the YouTuber showing similar love for Rahul Gandhi.