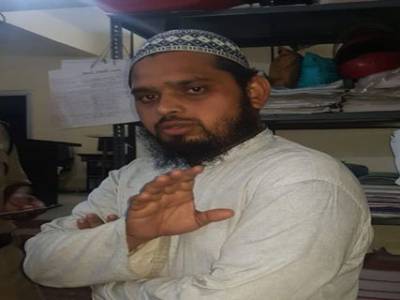 According to reports, the victim’s father has filed a complaint with the Khamardih police station in Raipur, in this regard. The police who have already started probing the rape charges will now also investigate the alleged threats issued to the girl’s family, based on the complaint lodged by the victim’s father.

The police had arrested Maulana Mohammed Arshad Rehmani, who was also a teacher in a Madarsa, on August 9 (Sunday) after he had allegedly raped the 9-year-old girl. The Maulana had been visiting the home of the 9-year-old girl for the past fifteen days to teach her younger sister Arabic. Recently, he began teaching the victim too.

Maulana was booked under POCSO Act

The accused, who reportedly had been accused of a similar crime in the past too, has been booked under sections 376 (rape) and 506 (criminal intimidation) of the Indian Penal Code and relevant provisions of the Protection of Children from Sexual Offences (POCSO) Act.

In what transpired, the Maulana assaulted the girl sexually on Sunday after he found the little girl alone in her house. After committing the heinous crime, Rehmani reportedly fled from there. Afterwards, the child told her parents about the ordeal following which they promptly reported the matter to the police.

Victim’s father says he is being threatened

Maulana Mohammed Arshad Rehmani originally hails from Bihar’s Banka district. He has reportedly been staying in the madarsa at Pandhri area in Raipur.