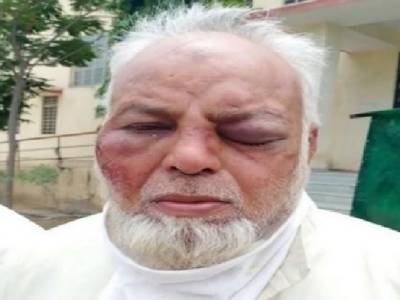 On Saturday, a 52-year-old Muslim auto driver named Gapphar Ahmad had reportedly claimed that he was thrashed by miscreants in Sikar in Rajasthan. He alleged that the assaulters forced him to chant slogans such as ‘Jai Shri Ram’ and ‘Modi Zindabad.’

As per the report, the victim had lodged a complaint at the Sikar Sadar police station after he was brutally assaulted by a group of people. According to the Sikar police officials, the incident took place at Kalyan Circle when Ahmed was returning from the village after deboarding his passengers. The accused had initially asked for tobacco and money to purchase alcohol, following which a verbal confrontation ensued between the victim and the perpetrators.

Reportedly, the accused had chased the auto driver, assaulted him brutally, and snatched money from the victim. The Sikar police nabbed the accused within an hour of the registration of the First Information Report (FIR). Their pickup van has also been seized by cops, The development was confirmed by the station-in-charge Pushpendra Singh. He informed that the accused were intoxicated and the assault was committed with an intention to rob the victim. No confirmation on the ‘communal angle’

Reportedly, the accused have a long criminal history of robbery, loot, and assault. They have been identified as one Shambhu Dayal and Rajendra. While Shambhu has 6 cases registered in his name, Rajendra too has a history of assault and several cases have been registered against him under SC/ST Act. While OpIndia does not rule out the presence of any communal angle, the media have irresponsibly attributed several instances of regular criminal assault as ‘hate crimes against Muslims.’