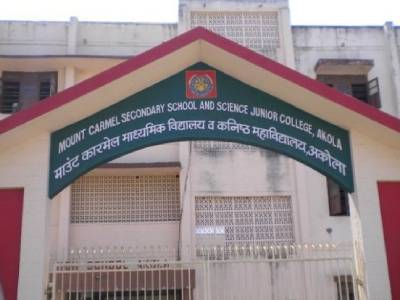 On Saturday, the Mount Carmel Secondary And Higher Secondary School in Akola in Maharashtra suspended a teacher named Sunita Joseph for sharing a derogatory Hinduphobic Facebook post in the official Whatsapp group of school students studying in Standard VI (A). She had shared the post on Friday.

In the said objectionable post shared by the Mount Carmel teacher, a dog can be seen urinating near the idol of Lord Ganesha. The anti-Hindu post was also accompanied with a venomous caption “ Kutte ko pura Vishwas hai ya Patthar hai aur Kuch Nahin. Lekin pata nahin yah Baat Bhartiya ko kyon samajh nahin aati” (The dog is convinced that it is a stone and nothing else. But don’t know why the majority of Indians don’t understand this simple thing).

However, the desecration of a Hindu deity and a nefarious attempt to brainwash young children did not go down well with the school authorities. In a letter addressed to the teacher Sunita Joseph, the principal of Mount Carmel High School Father Mathew Karickal informed that she had been suspended from her service with immediate effect. 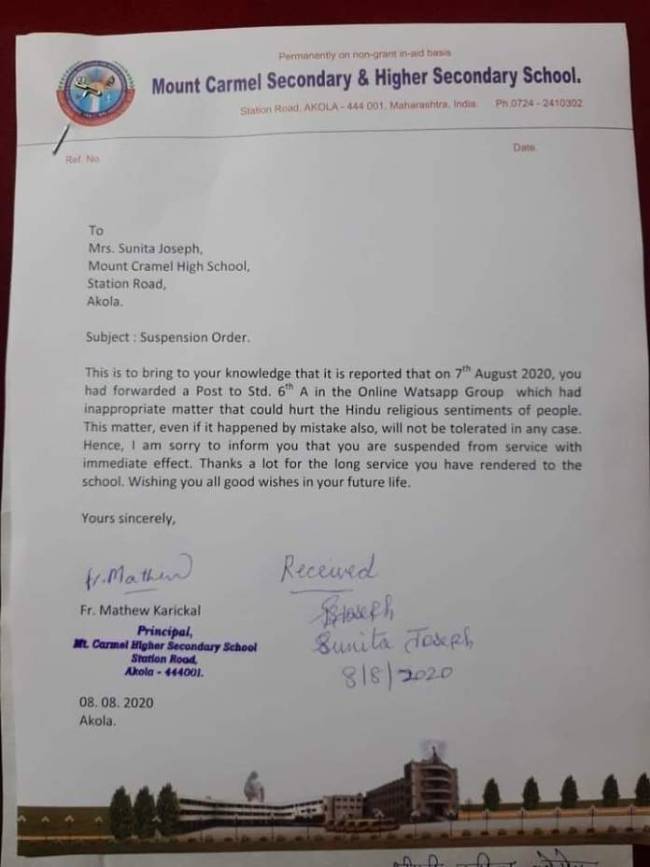 The suspension order red, “This matter, even if it happened by mistake also, will not be tolerated in any case. I am sorry to inform you that you are suspended from service with immediate effect.”