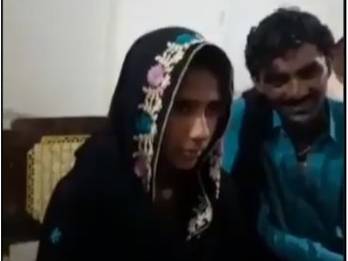 The brutalities against minorities continue unabated in the terrorist state of Pakistan as yet another deplorable act of abduction of minority Hindus has been reported from the country after a young Hindu woman named Kavita was abducted and forcibly married off in Sindh, Pakistan.

According to activist Rahat Austin, few armed men led by one person named as Muhammad Adil entered a house of Hindus on Thursday, attacked the entire family and abducted a woman identified as Kavita from her village in Rajamari, Sindh. The armed Muslim mob kidnapped the Hindu woman to sexually exploit her, the activist said.

Kavita, A married Hindu girl abuducted from her home by armed men. Her family beaten by abductors while trying to resist them, Kavita’s family is afraid that as culprits said they will brutally rape & murder her. A complaint filed in Police station Pangrio but police not helping pic.twitter.com/iXGNxMyRAW

Kavita is already married to a person named Himraj Kohli. The Hindu family soon lodged a complaint at a local police station in Pangrio. However, the police have refused to help the family, Rahat Austin said.

The family of the victim said that the abductors had threatened to rape and murder Kavita after brutally attacking the entire family.

A day later, Kavita has been forcefully converted into Islam and made to marry the abductor, despite the fact that she is already married. In the below video, it can be seen how the lady is being forced into marriage to the abductor Muhammad Adil, who is sitting next to her.

Marriage ceremony of Kavita, already married, Hindu girl. There is no need for divorce from Non-Muslim husband, no limit of age, no need of consent if Muslim man wants a Non-muslim woman. A non-muslim not allowed to marry a Muslim woman in any case. Are we equal in Islamic state? https://t.co/6wOFSEIfkf pic.twitter.com/4dCrylsOcP

Atrocities on Hindus in the Sindh province of Pakistan, which is home to nearly 90 per cent of Pakistan’s Hindu population has increased lately.