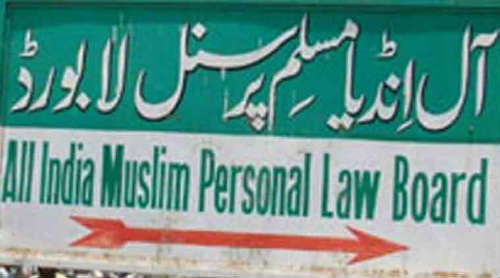 A day ahead of the historic Bhoomi Pujan ceremony of Ram Mandir in Ayodhya, the All India Muslim Personal Law Board (AIMPLB) issued a threat against the construction of Ram Mandir by asserting to undo the alleged ‘injustice’ that was meted out to them by the country’s judiciary in the Ram Mandir case.

The controversial Islamic body also said that the demolished Islamic structure ‘Babri Masjid’ will remain a mosque for them till eternity.

Taking to Twitter on Tuesday, the controversial Islamic body not only issued menacing threat over the construction of the temple but hinted at converting back the temple into a mosque in the future. Comparing Babri Masjid to Turkey’s newly converted mosque ‘Hagia Sophia’, the Muslim Personal Board said, “Babri Masjid was and will always be a Masjid”.

#BabriMasjid was and will always be a Masjid. #HagiaSophia is a great example for us. Usurpation of the land by an unjust, oppressive, shameful and majority appeasing judgment can't change it's status. No need to be heartbroken. Situations don't last forever.#ItsPolitics pic.twitter.com/nTOig7Mjx6

Attacking the Supreme Court for its judgement in the Ram Janmabhoomi-Babri Masjid case, the AIMPLB claimed that the Supreme Court’s verdict allowing the construction of a Ram Temple was “unjust and unfair”.

The statement issued by board general secretary Maulana Mohammad Wali Rahmani on Tuesday, reportedly read, “It has always been our position that the Babri masjid was never built by demolishing any mandir or any Hindu place of worship. The Supreme Court has also affirmed our position in its November 2019 judgment.”

The letter further added, “SC has also said that remnants found after the excavation carried out below the masjid site belonged to some 12th-century structure – that is 400 years before Babri Masjid was constructed.”

The AIMPLB further said that the Supreme Court has given its verdict but has embarrassed justice. The AIMPLB called Ram Mandir movement as one based on oppression, coercion, intimidation, embezzlement, usurpation and calumny. It added that the movement was purely political and had nothing to do with religion and religious teachings.

The AIMPLB was among the litigants in the Ram Janmabhoomi-Babri Masjid case in the Supreme Court, also noted that according to the Islamic Shariah, “at whichever place a masjid is established, it remains a masjid there forever till eternity. Hence the Babri masjid was a masjid before, is a masjid today and shall Inshallah remain a masjid”.

In the letter, the AIMPLB also appealed to the Indian Muslims not to be disappointed with the Ram Mandir verdict and construction of the temple.

The Supreme Court, had in November last year, in a historic decision, accepted the Hindu claim and handed over the Ram Janmabhoomi site to Hindus to build Ram Mandir and finally end the century-long dispute. The five-judge bench had unanimously come to the decision after weighing the arguments presented by all sides for 40 days.

The Muslims were given a 5-acre site at an alternate location by the government of Uttar Pradesh, as per the SC order.