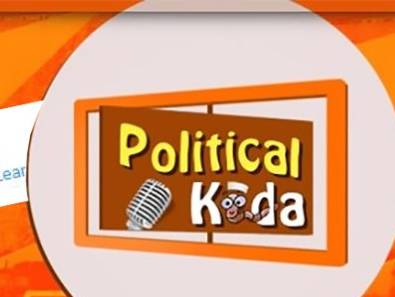 In yet another incident arbitrary restriction on Twitter users by the social media company, the Twitter account PoliticalKida has been suspended without citing any reason. @PoliticalKida is known for posts exposing lies of politicians and media houses. Their side-by-side videos showing the hypocrisy of left-liberals are very popular among social media users.

First Twitter restricted @PoliticalKida, then wasn't sending OTP to login. There were no tweets from 15 days.

Today they have suspended the handle, without any violation. No reasons given.

The account was first restricted on 14th July, and Twitter had asked them to re-verify the account. But when they tried to re-verify it, they didn’t any receive any OTP from Twitter servers despite multiple attempts. Due to that, they could not re-activate the Twitter account. Following this, the Political Kida team sent complaints to Twitter, but they didn’t receive any reply or response.

After 15 days of the account remaining inaccessible, the account was suspended today. But the team didn’t receive any reason from Twitter for the same, which is the norm in such cases. When a Twitter account is suspended, Twitter sends an email to the user informing the same, the reason for the same, and a link is given when the user can contest the suspension and respond to the complaint. But as Political Kida has not received any communication from Twitter, they are unable to take steps in recovering it.

It may be noted that Political Kida was not able to tweet for the last 15 days as its access was restricted, the last tweet was posted on 14th July, so there is no question of posting anything recently that may have violated Twitter terms of use which could have led to the suspension.

Twitter is known for its self-admitted bias towards the left-wing, and as Political Kida is known for targeting the left-liberal ecosystem in India, it has been argued that the suspension of its account is motivated by political bias of the company.

Why such biased and willingly unlawful activities against RW handles @Twitter @TwitterIndia @jack ??? This handle @PoliticalKida has never done anything wrong but still you have targeted this and finally suspend the handle.

What else can be expected from #Left leaning @Twitter & @TwitterIndia

Thank you for your support. We are back. 😄