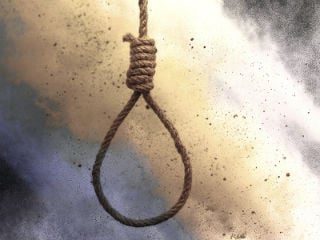 Weeks after BJP MLA Debendra Nath Roy was found hanging in a shop in Rajiganj, a similar incident has been reported from West Bengal where a BJP worker named Purnachandra Das was found hanging from a tree near his house in West Bengal’s East Midnapore district on Wednesday.

According to the reports, the 44-year-old Purnachandra Das, a booth president of BJP in the Ramnagar area of the East Midnapore district, was found hanging from a tree by locals.

The family of the deceased and other locals have alleged that the BJP worker Das was killed by goons of the ruling Trinamool Congress as he had refused to join the party. According to family members of Das, the TMC leaders were pressuring the BJP leaders to quit the saffron party and join TMC.

“But he was not willing to do so. Today a meeting was scheduled to be held with local TMC leaders. Later in the evening, he was found hanging. We want the truth to come out,” a member of his family said.

The BJP leaders have also launched an attack on Mamata Banerjee-led Trinamool Congress and held the party responsible for the brutal killing of Das.

TMC’s reign of terror continues. Yet another BJP Booth President, Purnachandra Das, found hanging. Family claims that he was called out by TMC goons.

Bengal has become a minefield for political killings. No words to express such barbarity, which seems to have state’s patronage. pic.twitter.com/Kg0tpHKd1w

Meanwhile, the Trinamool Congress has rejected the allegation and said it is “completely baseless and politically motivated”.

Political violence in West Bengal on a rise

There has been a rise of political murders, especially leaders belonging to the BJP in West Bengal. Earlier this month, a senior BJP leader and MLA, Debendra Nath Roy, was found dead under mysterious circumstances near his house in North Dinajpur district in north Bengal.

Roy was found hanging from a ceiling, outside a closed shop, near his home in the Hemtabad area of the district. His family and the party alleged that it was a “cold-blooded murder by TMC”.

A week later Roy’s death, in another shocking incident, the 15-year-old sister of a BJP booth President was allegedly raped and poisoned by the perpetrators. The criminals fled the scene after dumping her body at the abandoned place which is located close to her house. She was found in an unconscious state at the deserted place.

Following the heinous incident, the BJP had pinned the blame of the gruesome act on West Bengal’s ruling Trinamool Congress worker Feroze Ali. However, the police had later stated that postmortem report has ruled out rape of the minor.