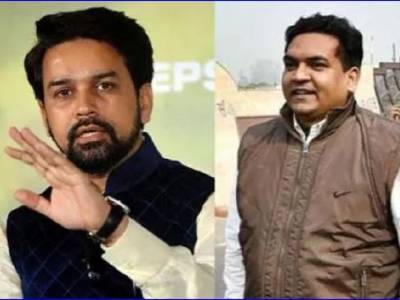 Delhi Police has been investigating the North-East Delhi’s anti-Hindu riots, where Islamists went rampaging on the streets of the national capital, causing multiple waves of bloodshed, property destruction and rioting in February this year. The Delhi police on Monday informed the Delhi High Court that during the investigation conducted so far, they have not found any “actionable evidence” which indicates any role being played by any prominent political leader, including BJP leader Kapil Mishra and MP Anurag Thakur in “instigating and/or participating in the riots”.

The Delhi Police submission came in response to multiple PILs seeking registration of FIRs against many political leaders including BJP leader Kapil Mishra and Anurag Thakur. There were allegations of triggering the communal riots by allegedly giving ‘provocative’ speech ahead of Delhi elections. The PILs have accused several leaders from BJP, AAP and Congress, of delivering hate speeches.

Delhi Police says there has been selective outrage

Calling the PILs ‘motivated’, the Delhi Police has alleged that the petitioners have selectively outraged over some incidents while ignoring other instances of violence.

According to reports, the Delhi Police affidavit stated: “In case, during investigation, the role of aforesaid persons in commissioning of the offences in the respective FIRs would surface, then Delhi Police would be duty bound to take statutory steps as mandated under the law against the aforesaid persons… However, no fresh FIR is warranted at this stage.”

The police informed that court that the alleged hate speeches were being examined by the Delhi Police, which will take the necessary action in the due course of time, in case it is found on the evidence that their speech has any nexus with the riots. “In case any evidence is found linking the alleged offensive speech with commissioning of crime during riots, appropriate FIRs would be filed immediately or the said persons would be arraigned as an accused,” it said.

Delhi Police said that the prima facie evidence reveals that the anti-Hindu riots which were carried out in the month of February, 2020, was not a spontaneous or any sporadic violence, but a “well thought of conspiracy to destabilise the harmony in the society”.

The affidavit also stated that “no involvement of any police officials has been found” either in rioting so far. The police “acted promptly, vigilantly and effectively without any fear or favour as a result of which violence could be contained in a few days and could be confined to a limited area”, read the submissions made by the police to the HC.

The anti-CAA protests in Delhi which began after the Citizenship Amendment Act (CAA) got a clear passage in December, turned violent when mobs went rampaging on the streets of national capital February 24 onward. Soon the leftist media and ‘liberals’ had tried to implicate BJP leader Kapil Mishra and MP Anurag Thakur in the Delhi riots claiming that their allegedly ‘provocative’ statements ahead of Delhi elections triggered the riots.

The bench of Chief Justice D N Patel and Justice Prateek Jalan has listed the matter for further hearing on July 21.