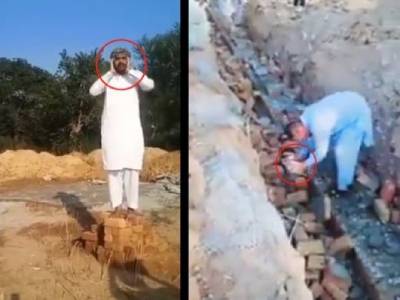 Days after the Muslim community and the cabal of Islamic clerics objected to the construction of a new Shri Krishna temple in Islamabad in Pakistan, a video of some radical Islamists reciting Azaan (Call for Islamic prayer) at the under-constructed site has now gone viral on social media. Through Azaan, the man, dressed in white, urged other Muslims to come to the Hindu sacred site and offer Namaz.

Sharing this disturbing video on Twitter, a Hindu activist from Sindh, Kapil Dev wrote, “Isn’t this ridiculous that you want to force other people to read Namaaz at a place which has been allotted by the government for the temple and tell them that there will be no temple here? This is our fault that our forefathers were loyal to their mother earth (Pakistan) during the partition of India and considered it as their homeland!”

“I will kill all Hindus”: Pakistani man makes his kid display bigotry in all glory over construction of temple in Islamabad

The controversy over construction of temple in Islamabad took another turn on Tuesday after a video surfaced on social media where a young kid, about 5-6 year old, was seen spewing hate and giving death threats to Hindus. In a video shared by Twitter handle ‘Ex-Muslims of North America’, a Pakistani man is seen taking pride in the venom spewed by his really young sons.

Child expressing bigotry over construction of a Hindu temple in Pakistan pic.twitter.com/uX4LMo9CoX

In the video, one can see the man greets his ‘brothers and sister’ and tells them that his son has a message. The camera then pans to the kids, one of who says, “Khan sahab, agar Islamabad mein mandir bana to yeh yaad rakhna, main un Hinduon ko chun chun ke marunga. Samajh gaye? Allah Hafiz. (Mr Imran Khan, if a temple is constructed in Islamabad, then remember, I will kill all Hindus one by one. Understand? Allah Hafiz.)” The other, much younger kid next to him, too chimes in and endorses. The man identifying himself as the father of the kids then says, “See, now it is up to you. 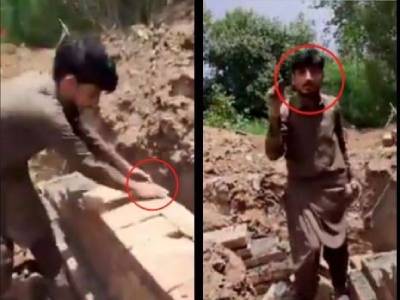 On Saturday, the Islamabad Hindu panchayat informed that it would halt the construction of a new Sri Krishna temple in the city after a mob of radical extremists razed the boundary wall of the temple to the ground, reported The Times of India.

In a viral video uploaded by a twitter handle (@PakHindus), a radical extremist can be seen dismantling the temporary boundary wall and speaking to the camera in an agitated manner. “If building a temple brings insecurity among our Muslim brother’s Faith, we respect their faith and would want to build a temple after their faith gets stronger. #MandirTauBanega,” the tweet read.

Shri Krishna temple which was about to be constructed , is demolished by local Teenage, in Islamabad.

If building a temple brings insecurity among our Muslims brthrs Faiths, we respect their faith and would want to build a temple after their faith gets stronger. #MandirTauBanega pic.twitter.com/pywcoJN15R

Reportedly, the temple complex would include a cremation ground, accommodation for visitors, a dedicated parking area, and a community hall. According to a Hindu government civil servant, Pritam Das Rathi, about 3,000 Hindus live in Islamabad and the outskirts of the capital city without a temple or a crematorium. 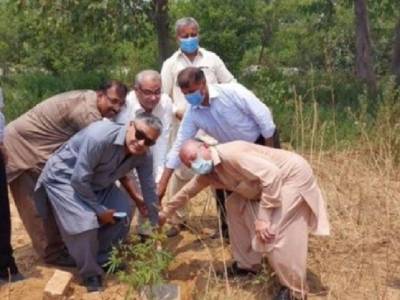 In face of grave religious persecution, including fatwa (Islamic decree) issued by a Lahore-based prominent Islamic seminary and threats from Muslim fundamentalists, brave Hindus in Pakistan have decided to go ahead with building a temple dedicated to Lord Krishna in the country’s capital Islamabad.

Braving the odds of building a Hindu temple in a predominantly radicalised Islamic country, the tiny Hindu population of Islamabad have made up their mind of building a Sri Krishna temple on the 20,000 sq ft land allotted to them by the Pakistani government.

Jamia Ashrafia, a leading religious school in Pakistan, has issued a “fatwa” against the first Hindu temple proposed to be built in Islamabad. The fatwa said that though the government can use its funds to upkeep and repair the places of worship of minority communities that already exist, they cannot use government funds to build new places of worship for anyone other than Muslims.

According to Mufti Ziauddin of Lahore chapter of Jamia Ashrafia, it is Islamic to retain and maintain the already existing places of worship of the minorities, so that they can fulfil their religious obligations. But in allowing them to build new places of worship or to rebuild an abandoned place of worship in an Islamic state is un-Islamic as it is equivalent to aiding in a bad deed, which isn’t permissible.

Last week, the prime minister of Pakistan, Imran Khan, approved a grant of 100 million Rupees to build the first Hindu temple in Islamabad, a Krishna temple. The project was approved after a meeting between Imran Khan and Religious Affairs Minister Pir Noor Ul Haq Qadri on 27th June. Now the Fatwa has questioned the Pakistani government’s decision to spend tax-payers money to build houses of worship of minority communities. Lal Malhi, Minority MP, said in his statement that Fatwa would not have any effect on the construction work. Around 3000 Hindus are living in Islamabad.

The high court issued a notice