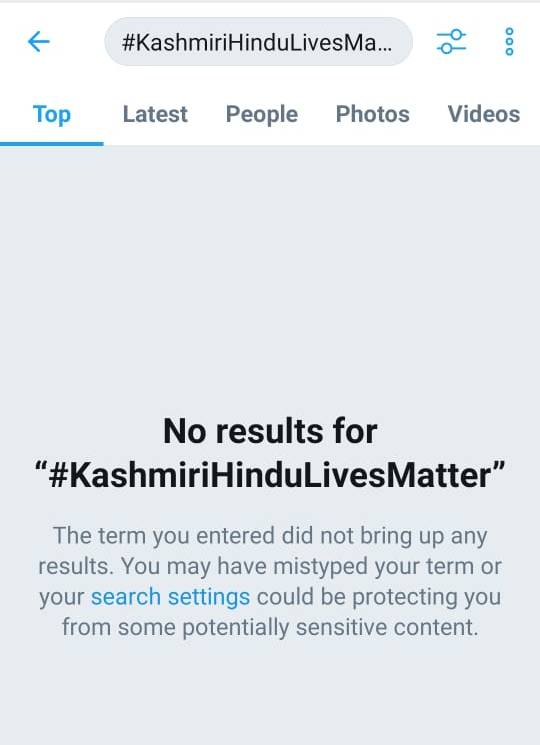 While Jack Dorsey and his Twitter team has been quite proactive in showing their support for persecuted communities like the Blacks, the Indigenous people, the LGBTQA movement, they seem to feel that the persecuted Kashmiri Hindus do not deserve the same courtesy.

By denying visibility to Hindu issues on their platform, Twitter seems to be eager to prove that the oft repeated allegations that they are left-oriented and actively suppress any opinion that is contrary to what they believe in.  While we hope that this is a temporary software glitch, Twitter needs to introspect whether their unwritten policy of one-sided policing of issues needs to be revisited.