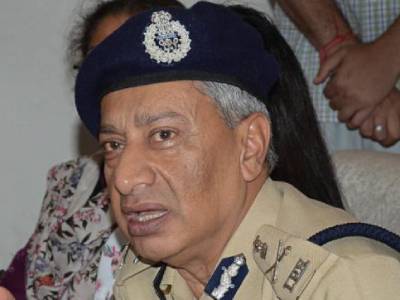 Following the cold-blooded murder of Kashmiri Pandit Sarpanch Ajay Pandita by Islamic terrorists in Kashmir, former Jammu and Kashmir DGP Shesh Paul Vaid (SP Vaid) has asked for arming the minority Hindus and vulnerable sections among the Muslim community in the Kashmir Valley so that they can protect themselves against the future acts of terror.

Speaking to India Today, the former J&K police chief said that the government must explore all options to instil a sense of security among the minority community of Kashmiri Hindus, who have been persecuted at the hands of Islamic terrorists in the valley for decades now.

“There is no harm in giving arms training and providing weapons to the minority Hindu community as well as to the vulnerable section of the Muslims in the Kashmir valley,” said former DGP Vaid speaking to India Today.

SP Vaid also urged on the need of constituting Village Defence Committees (VDCs) in the Valley. However, he added that forming VDCs in Kashmiri Valley is difficult but not impossible and mentioned that it requires detailed planning.

He also recalled how during his time as the SSP of Udhampur in 1995, he was instrumental in forming the first VDC in Bagankote village which was part of Udhampur district at that time. The area was infested with terrorism in the early 90s.

SP Vaid said that VDCs were formed through a formal Jammu and Kashmir government order in Chenab valley region of Jammu division where Hindus are in minority.

“After the mass exodus of Kashmiri Pandits from the Kashmir valley, the terrorists then started targeting the minority Hindus in Chenab valley region of Jammu division. Many massacres of minority Hindus were carried out by the terrorists in the Chenab valley. But soon VDCs were constituted and people were given arms training. Muslims were also made part of the VDCs as they also faced terror attacks. This formula proved to be very successful and the mass exodus of Hindus was prevented,” SP Vaid said to India Today.

Ever since the persecution of Hindus started in the valley, especially after the recent barbaric killing of Sarpanch Ajay Pandita, there has been a growing demand across the Hindu communities in Kashmir asking the government to provide arms to Hindus in the valley as they are soft targets for the terrorists.