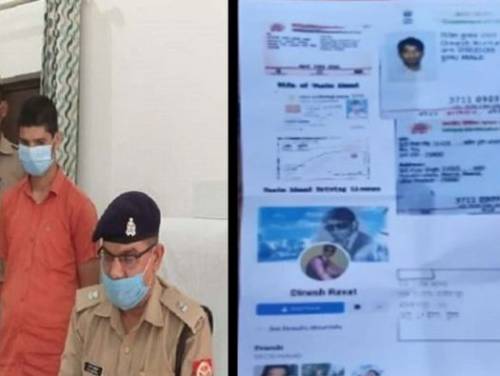 The accused in Meerut rape case – Waseem Ahmed has admitted that he raped the victim with the deliberate motive of shaming a Hindu woman on the internet. According to Swarajya report, the victim Hindu woman in her complaint has stated that the accused Waseem Ahmed had told her that he wanted to teach you (Hindus) people a lesson.

As reported by Swarajya, the investigation officer also confirmed that during the police interrogation, Waseem said that he did this all with the motive of shaming a Hindu woman on the Internet.

According to the police, Waseem had shot videos of the sexual act with the victim and had shared the videos on the internet. The phone has been confiscated and is under investigation. The FIR said that after the woman got physically intimate with Waseem who was pretending to be Dinesh Ravat, she asked him to marry her. However, he then revealed that he is actually a Muslim and is married with two children. According to the FIR he did this to ‘teach you people’ a lesson and hence he betrayed her trust. When she objected, he threatened to beat her up and threatened to kill her family members.

Waseem Ahmed changes his identity to Hindu to rape the victim

On Monday, the Meerut police had arrested Waseem Ahmed, a resident of Ajrara village that falls under Mundali Police Station in Meerut, in connection with a love-jihad case after the accused had lured a Hindu woman from Hapur in his love trap by concealing his identity and claiming to be Hindu, while then raping her for two years.

According to a complaint by the victim, the accused Waseem Ahmed and she became friends on Facebook. The accused had said his name to be Dinesh Ravat. One day, Waseem called her to his home and made physical relations with her. As the woman later asked him to marry her, he revealed his real name and said that he was a married man with two children.

“He said I cheated you because I wanted to teach you people me a lesson,” the woman reportedly said in her complaint. The FIR was filed on 6 June at Mundali Police Station on the statement of the woman. 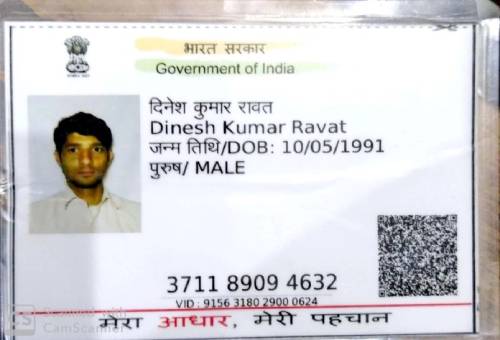 The accused had also obtained a driving licence and voter cards are in the name of Wasim Ahmed, however, with different spellings. Further, the Meerut police has also found that the accused, in his Facebook account, had described himself as a reporter for Hindi daily Punjab Kesari. 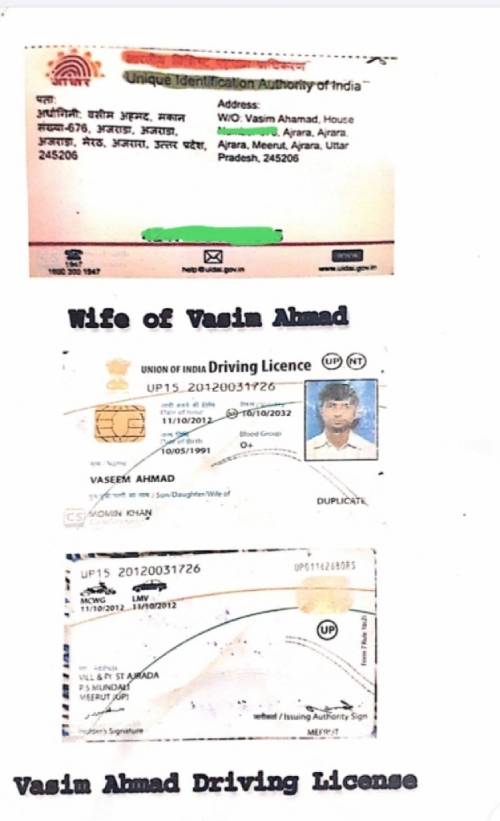 When the police looked into the account, it was revealed that the accused was sharing press cuttings daily, some of them saying ‘Waseem Ahmed’ in the byline. However, the font of the byline looked different from the content of the reports. During the interrogation, the accused Waseem could not produce any identity card for the newspaper when asked. 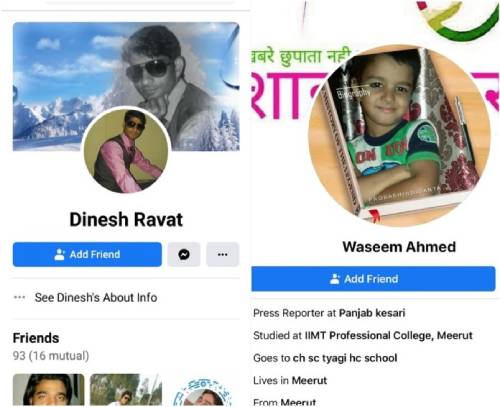 The police had earlier booked Waseem under IPC sections 376 (rape), 323 (voluntarily causing hurt) and 506 (criminal intimidation). As the investigation by the Uttar Pradesh had revealed that the accused had impersonated other place to cheat the women, the police have filed another case against Waseem under IPC sections 419 (cheating by personation) and 420 (cheating), and Section 66 of the Information Technology Act (computer-related offences such as fraud).

The Meerut Police have reportedly apprehended a man named Wasim Ahmed who lured a Hindu woman from Hapur in his love trap by concealing his identity and then raping her for 2 years. The arrest was made after a case was registered on the basis of a complaint by the victim. Wasim is a resident of Ajrada that falls under the jurisdiction of the Mundali police station.

The police have lodged two cases against the accused – one under the Information Technology Act and another for raping the victim. Reportedly, Wasim had also shared videos and pictures on social media that showed him committing the heinous crime. As such, his phone has been confiscated and is under investigation. According to Superintendent of Police Avinash Pandey, the accused is married and has 2 children. The perpetrator had forged documents to procure a fake Aadhaar card, bearing a Hindu name Dinesh. Wasim worked at a hospital in the Nauchandi area of ​​Meerut.

The SP informed that the accused operated under the Facebook ID of Dinesh Ravat. Wasim had thus befriended the victim 2 years ago using the Hindu name and then raped her. The perpetrator had also threatened to murder the woman after she filed a complaint with the police. According to Kithore CO Ramanand Kushwaha, when the police went to arrest Wasim, he claimed to be a journalist to evade arrest. The cops have recovered two ID cards with the name of Dinesh Ravat and Wasim Ahmed.