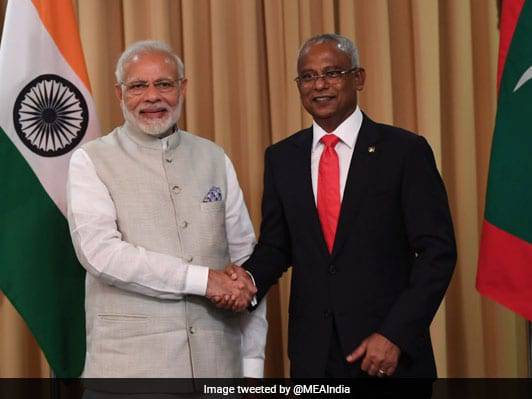 Maldives has come out in defence of India at the Organisation of Islamic Cooperation (OIC) meet and called out Pakistan’s ‘rising Islamophobia’ propaganda against India. As per reports, Pakistan tried to push the narrative of ‘rising Islamophobia’ in India. Maldives, however, called it out and said that isolated statements by motivated individuals along with the misinformation campaign on social media cannot be taken as the feelings of 1.3 billion Indians.

As reported by news agency ANI, Maldives Permanent Representative to the UN Thilmeeza Hussain said that alleging Islamophobia in context of India would be factually incorrect. “Let me state that singling out India, the largest democracy in the world and multi cultural society and home to over 200 million Muslims, alleging Islamophobia would be factually incorrect. It would be detrimental to the religious harmony in the South Asian region. Islam has existed in India for centuries and it is the second largest religion in India with 14.2% of India’s population,” she said.

Maldives, which is also an Islamic country, said that India, in recent years, has developed stronger ties with Islamic nations such as Saudi Arabia, the United Arab Emirates, Afghanistan and Palestine. Prime Minister Modi has been given high civilian awards in these countries.

Amid the Chinese coronavirus outbreak, when India evacuated its citizens stuck in Wuhan, China, the epicentre of pandemic, 7 Maldives nationals were also evacuated. During the debate on Citizenship Amendment Act where allegations were put that it is anti-Muslims, Maldives Speaker Mohamed Nasheed had cited his own example and said that India is a safe haven for minorities. When the Article 370 was abrogated and Jammu & Kashmir was made integral part of India without any riders attached, then, too, Maldives had stood by India stating that Kashmir is India’s internal matter.