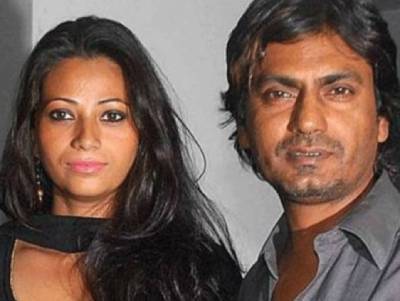 Bollywood actor Nawazuddin Siddiqui’s wife Aalia Siddiqui sent a legal notice through email and WhatsApp to him seeking divorce on 18 May.

Journalist and film critic Anant Vijay today took to Twitter to break the news. As per reports, she has made serious allegations against him. A report in Hindustan Times states that Aalia’s lawyer informed Zee News that the notice was sent through electronic means due to the coronavirus lockdown.

While the notice was sent on 7th May, Nawazuddin has not yet responded. The lawyer further stated that the legal notice seeks divorce and maintenance. “I would not like to get into the details of the notice regarding what are the contents and what are the allegations, but let me tell you that the allegations are quite serious and those are very sensitive to Mr Siddiqui as well as his family members,” the lawyer reportedly told Zee News. The notice was sent through WhatsApp and email as the same could not be sent through speedpost because of coronavirus lockdown, the report said.

As per ABP News, Aalia said, “There is not one reason but several reasons behind my problems with Nawaz. And, all these reasons are very serious.”

Nawazuddin and Aalia had got married ten years back and have two children. Speaking to Bombay Times, Aaliya Siddiqui has stated that the problems in their married life had started soon after their wedding.

She has mentioned that the marriage has been draining her self respect and there were also some issues concerning Nawazuddin’s brother Shamas. She has stated that she has gone back to her original name, Anjana Kishore Pandey.

“I don’t want this marriage anymore. I haven’t thought much about the future but here are no chances of reconciliation,” she added. She mentioned that she hopes to get the sole custody of her two children.