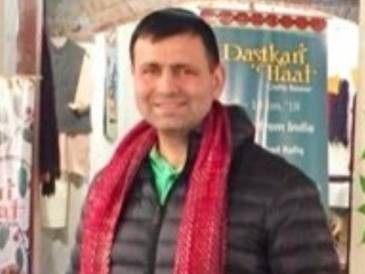 After Islamist in Gulf nations and Pakistanis started targeting Indians, especially Hindus over their social media posts, a similar incident has been reported in Canada after Islamists in Canada backed by certain anti-Hindu establishments targeted him over his tweets while bullying the authorities to terminate him from his job.

On Tuesday, a group of Islamists attacked NRI Ravi Hooda for expressing his opinion over Canadian authorities allowing Mosques to play azan over loudspeakers every day during Ramzan.

Last week, several Toronto-area municipalities had reportedly granted permission to local Mosques to broadcast the azan over speakers at sunset every day during Ramzan, the Muslim holy month.

Brampton Mayor Patrick Brown took to Twitter to state that the new laws will allow the Mosques to broadcast azan and claimed that they treated all the faiths equally.

Our noise by law originally passed in 1984 only included an exemption for Church bells. It will now include all faiths within the permitted hours & decibel levels. The Muslim community can proceed with the sunset azan because it’s 2020 & we treat all faiths equally. #Ramadan pic.twitter.com/WGPmf8fA5b

Responding to Mayor’s tweet, Ravi Hooda questioned the decision of allowing Mosques to play the Islamic call for prayer on loudspeakers, which is considered to be a nuisance in most societies. Hooda asked whether they would allow separate lines for camel and goat riders and also allow to slaughter animals at home in the name of sacrifice. It is notable here that blaring Azan from loudspeakers is prohibited even in Saudi Arabia, the centre of the Islamic faith.

As Ravi Hooda expressed his opinion on the need of municipalities granting local mosques permission to broadcast the Azan over speakers, the Islamists and self-proclaimed hate trackers descended on his timeline to attack the Indian-origin Hooda and also bullied the authorities to take strict action against him for the alleged “Islamophobic” tweets he had made.

.@REMAXca agent and Registered Certified Immigration Consultant Ravi Hooda is upset that Brampton is giving mosques the same noise by-law exemptions as churches. In Mississauga, a nightly call to prayer during Ramadan has become a focal point for anti-Muslim hatred. 1/ pic.twitter.com/exzFIzSC6B

The Islamists even doxxed Ravi Hooda’s employment details and bullied the employers to sack him from the job.

Following the outrage by the Islamists, ReMax Canada, which is one of Canada’s top real estate marketing websites, too informed that it had terminated Hooda’s contract.

It tweeted, “We do not share nor support the views of Mr. Hooda. We can confirm he has been terminated and is no longer affiliated with RE/MAX. Multiculturalism & diversity are some of the best qualities in our communities, and we are committed to upholding these values in all that we do.”

We do not share nor support the views of Mr. Hooda. We can confirm he has been terminated and is no longer affiliated with RE/MAX. Multiculturalism & diversity are some of the best qualities in our communities, and we are committed to upholding these values in all that we do.

The Peel District School Board in Brampton, where Hooda was the “School Council Chair’, also announced that it had removed Hooda from his position and said an investigation was underway against him.

The Principal's message has been posted to the Macville website: https://t.co/pwnagrJSZq

Hooda was also an executive school council member for the Macville Public School in the city of Bolton.

In a letter posted online, Macville school principal Robin Perri wrote, “Today, we were made aware of a disturbing, Islamophobic tweet that was written and shared by a member of our parent community. We immediately conducted an investigation into the matter.” Perri said the content contravened its Safe and Accepting Schools Policy.

“Please know that this individual’s views in no way reflect the values of the Macville Public School community, nor those of the Peel board. Comments like these are upsetting and hurtful, and never acceptable.”

Meanwhile, Hooda said that his comments were “not directed towards any community or entity but just my attempt to state that we should not be going back to the times where such means of communication was necessary”.

Hooda said he removed his tweet and immediately put out another one apologizing “unconditionally,” but that the action hasn’t made much difference.

He says the school board “unilaterally” decided his tweet was directed at a specific community and that did not give him an opportunity to explain himself before removing him from his post. “I am in the process of legally addressing that,” he said.