Take stringent action against those violating the Government’s Lockdown orders as well as organisations such as Tablighi Jamaat which are responsible for the spread of the virus ! 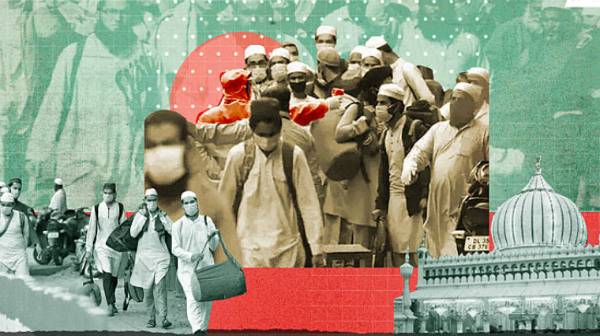 More than 47,000 people have died and 9,40,000 have been infected throughout the world by the coronavirus. To stop this pandemic from spreading in India, the Government has taken various remedial measures such as lockdown, curfew, etc. and closed all the religious places in the country. Despite this many mosques, meeting halls, terraces of buildings are witnessing large gatherings to offer namaz. This is in direct violation of the Government’s orders. Videos exhorting Muslims to refrain from wearing masks, from social distancing, are becoming popular on social media platforms like TikTok. Now, it is observed that the infection of coronavirus has spread widely in many States due to a programme organised by Tablighi Jamaat in Delhi. Also many foreigners who are in India on ‘Tourist Visas’ have illegally participated in the programme organised by Tablighi Jamaat.

Hindus are fulfilling their social responsibility by closing their temples according to Government orders; however, some anti-social elements in the Muslim community are creating obstacles in the efforts of the Government to prevent the spread of coronavirus by disobeying these Government orders. This is putting the society in grave danger. Mr. Ramesh Shinde (National Spokesperson of Hindu Janajagruti Samiti) demanded that the Government should take stringent action against such elements, Maulavis and the Tablighi Jamaat.

The police are resorting to lathi charge against those who are not following social distancing norms and those violating curfew. Without a doubt those disobeying the law should be stringently dealt with; however, it is unfortunate to witness that no stringent action is being taken against Muslims who are disobeying these orders. Mny mosques are illegally sheltering Muslims foreign nationals. They are participating in religious programmes even though they are not permitted to do so as per visa rules. These issues pose a grave threat to the security and sovereignty of the country. Moreover, there are reports that the Muslims who are infected by the coronavirus are spitting on health employees and doctors and assaulting the Police and medical officers who are deputed to test them. This mentality is dangerous because purposely spreading a dangerous virus in the society is a serious crime. Such anti-social elements should be immediately arrested. As usual the self-proclaimed progressives and the leaders of the Muslim community seem to have decided to keep mum over the whole issue.