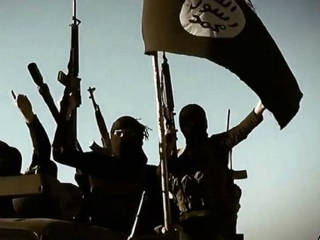 Two Pakistani terrorists, operating out of Shopian region in Kashmir, have reportedly left for national capital to carry out terror attack reports Times of India. As per the report, the two Pakistani terrorists have allegiance to ISIS and were communicating using Telegram. ISIS magazines al-Naba and Voice of Hind have also reportedly written articles urging jihadis to ‘capitalise’ on India’s preoccupation with coronavirus outbreak.

An editorial in al-Naba reportedly urges jihadis to exploit the ‘opportunity’ as the government’s ability to coordinate counter-terror operations may be reduced as the country is focusing on ensuring safety and supply of essentials to citizens amidst coronavirus outbreak. As per the report, on pro-ISIS channels, a message was circulated that read, “We are preparing for new attacks, which will be the last thing they want. The military apparatus is also crippled because of restriction of movement. The overburdened hospitals will have a nightmare if the mujahideens greet them in the morning.”

Subsequently, security has been increased in Delhi and efforts are on to disperse crows at the bus terminals. Punjab as well as Mumbai Police have also been warned to stay alert. The security agencies are taking this threat ‘very seriously’ as per the report. According to the report, the terrorist duo have left for Delhi from Shopian by road last week and are expected to reach Delhi within few days.

Last week, ISIS carried out a terror attack on a Gurudwara in Afghanistan. One Mohammad Sajid from Kasaragod ISIS module in Kerala had reportedly carried out the attack.