On Saturday, the Sanjay Gandhi Postgraduate Institute of Medical Sciences (PGIMS) in Lucknow, which is treating Kanika Kapoor after she tested positive for the Wuhan Coronavirus, lashed out at the Bollywood singer after she started throwing the tantrums of a star and refused to behave like a patient.

Dr RK Dhiman: Facility provided to her is an isolated room with a toilet,patient-bed&a television.Ventilation of her room is air conditioned with a separate Air Handling Unit for #COVID19 unit. Utmost care is being taken but she must first start behaving as a patient&not a star. https://t.co/8qqPq1y0oT

Evidently, Kanika Kapoor, who has now been booked for negligence by the Uttar Pradesh police has been throwing tantrums while the doctors are trying to treat her for the Coronavirus.

Singer Kanika Kapoor is the first Bollywood celebrity to te have tested positive for COVID-19. As per reports, she allegedly tried to hide her travel history, had defied self-isolation protocols and even evaded screening. Kapoor also stayed at a 5-star hotel in Lucknow and threw a dinner party. As such, she drew the ire of the netizens who slammed her for potentially exposing others to the deadly virus.

On 20th March, Friday, a case was registered against singer Kanika Kapoor, who had tested positive for Coronavirus, at Sarojini Nagar police station in Lucknow, Uttar Pradesh for negligence (IPC Section 269), disobedience of an order issued by a public servant (IPC Section 188) and spread of the deadly Wuhan virus, COVID-19 (IPC Section 270), following a complaint filed by the Lucknow Chief Medical Officer. Reportedly, 2 more cases are likely to be registered against Kapoor at the Hazratganj and Gomtinagar police. 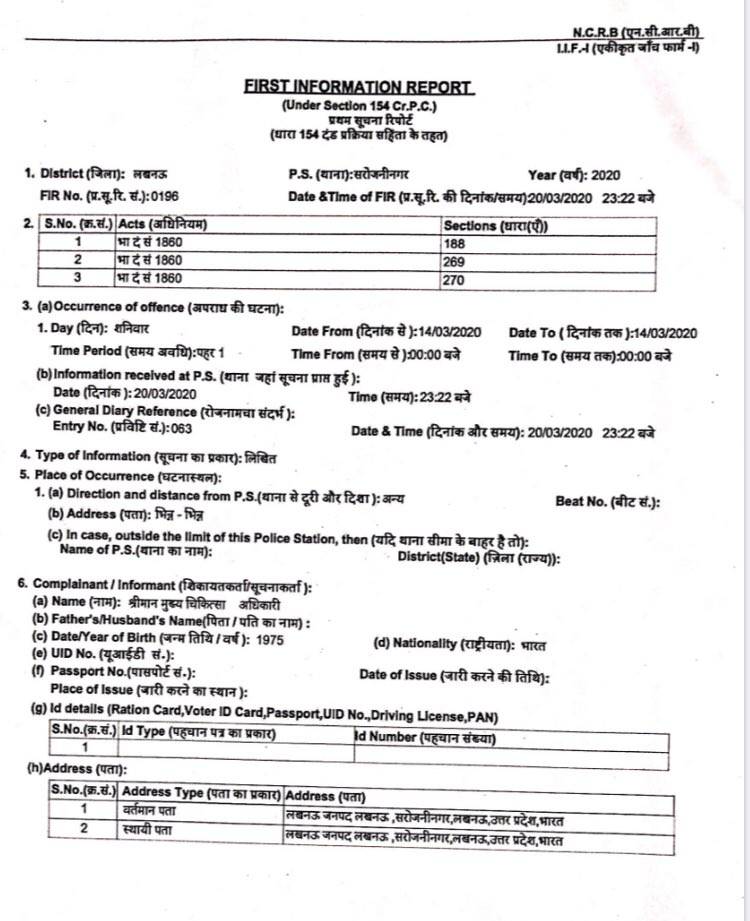 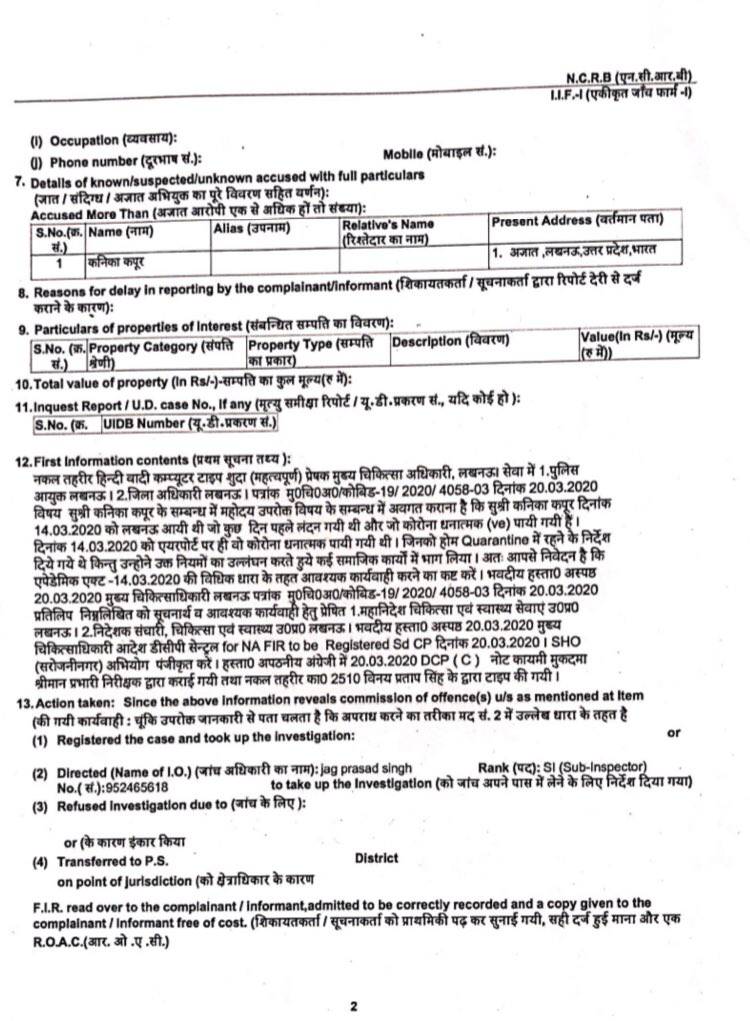 Recently the Yogi Adityanath government had warned to take strict action against those who will not cooperate with the authorities to control the novel coronavirus outbreak and spread misinformation and panic among the people. The health minister of Uttar Pradesh Jai Pratap Singh clarified that concerned authorities have been given power under section 3 of the Epidemic Diseases Act to take all necessary actions in the wake of the COVID-19 outbreak.

Bollywood singer Kanika Kapoor is one of the four latest confirmed cases infected by a novel coronavirus in the state of Uttar Pradesh, thus taking the toll to 23. As per reports, she allegedly tried to hide her travel history, had defied self-isolation protocols and even evaded screening. She also stayed at a 5-star hotel in Lucknow and threw a dinner party.

In her defence, Kapoor said, “For the past four days I had symptoms of flu. I got myself tested and it came positive for COVID-19. My family and I are in complete quarantine now and following medical advice on how to move forward. Contact mapping of people I have been in touch with is underway as well.”

Earlier, BJP MP Dushyant Singh, who attended Kanika Kapoor’s dinner party along with his mother Vasundhara Raje has been tested negative in the first sampling taken to test for coronavirus infection. Singh and Vasundhara Raje, the former Chief Minister of Rajasthan, self quarantined themselves when the news of Kanika Kapoor being isolated due to infection by the novel coronavirus came out.