If Mamta Banerjee is trying to give Indian citizenship to Bangladeshi infiltrators who have obtained citizenship by making fake papers, then Mamta Banerjee should know that, it may prove to be a gross violation of law ! – Editor, Hindujagruti.org 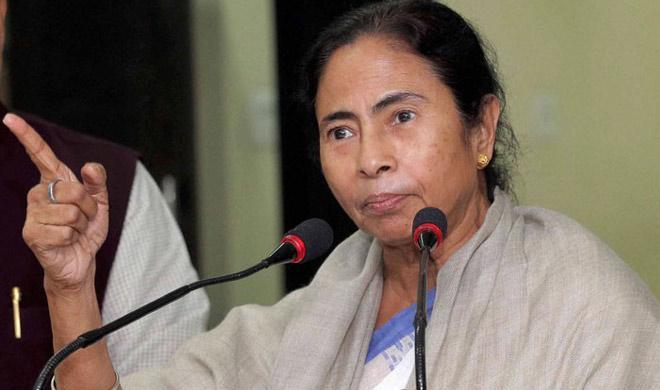 Kaliaganj : West Bengal Chief Minister Mamata Banerjee said on Tuesday those who have come to the state from Bangladesh and have been casting votes in elections are Indian citizens and need not apply for citizenship afresh.

Banerjee also slammed the Modi government for its handling of the communal riots in Delhi which have claimed over 40 lives so far, and asserted she will not allow West Bengal to turn into another Delhi.

“Those who have come from Bangladesh are citizens of India… They have got citizenship. You don’t need to apply for citizenship again. You have been casting your votes in elections, electing PM and CM, Assembly, Zila Parishad… Now they are saying that you are not citizens. You all are bonafide citizens of this country,” she told a public meeting here.

Banerjee also asserted she will not let “even a single person” to be driven out of Bengal.

The West Bengal chief minister said no refugee living in the state will be deprived of citizenship.

“You have an address, ration card, voter card, driving license. There is no need to get this new card of the BJP. Don’t worry, you will always find this didi beside you. Your family is my family. I will not let anybody take away the rights of our people,” she asserted.

The TMC supremo said her government was doing everything for the development of backward sections like Rajbongshi, Kurmi, Kujur and Urdu Alichiki.

She also accused the BJP government of Assam of excluding a large number of genuine Bengali, Rajbongshi, and Muslim citizens from the National Register of Citizens (NRC) that seeks to weed out infiltrators, particularly from Bangladesh.

Hitting out at the central government over the Delhi violence, the TMC boss said,”Don’t forget this is Bengal. What happened in Delhi will never be allowed to happen here. We do not want Bengal to turn into another Delhi or another Uttar Pradesh.”

The BJP has often accused Banerjee of “Muslim appeasement” and pandering to the interests of the minority community for “vote bank politics”.

Later, chairing an administrative meeting Banerjee told officers that her government has decided not to implement the CAA and NRC or update the National Population Register (NPR). Top state officials like the chief secretary, home secretary and those of North Dinajpur district attended the meeting.