The Anti-CAA protesters are protesting against CAA, even though it does not have any connection with Muslims those are already citizens of India. From last 5 days, unprecedented violence is going in the Delhi NCR region.

We have collated some horrific stories of attacks on people by anti-CAA protesters in Delhi.

As per Swarajya report, A 51-year-old man, Vinod Kumar, was killed by a mob in communal violence on the night of 24 February in Brahampuri area of north-east Delhi. His 25-year-old son Nitin Kumar survived the attack but has sustained heavy injuries.

The duo was going to a medical store on a motorcycle around 10:30 pm when a mob assaulted them with stones and lathis. They also set the motorcycle on fire. Nitin says he sees no other reason for the unprovoked attack other than the ‘Jai Shri Ram’ sticker on the front side of his motorcycle.

As per OpIndia report, the brutality unleashed by Islamist rioters during the Delhi riots on one youth named Dilwar Singh has probably gone unnoticed by sections of media and the Delhi police. A young man from Uttarakhand living in Shahdara, Delhi, who according to GTB hospital data died of burn injuries, was allegedly brutally hacked to death by the rioters on the evening of 23 February.

People close to Dilwar Singh established contact with Opindia about four days after the incident. They revealed that Singh, a resident of Thalisain Block located in Pauri district of Uttarakhand, was on the evening of 23 February burnt alive by the rioters who first brutally chopped off his limbs before throwing him into a shop gutted in fire.

Vivek Chaudhari attacked with drill in the head, miraculously survives 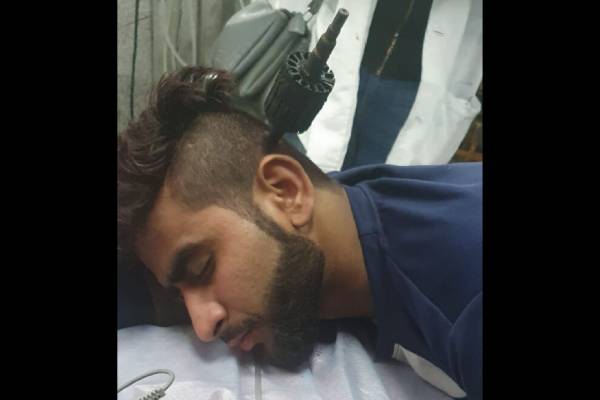 A youth named Vivek Chaudhari’s family, apprehensive and scared, said they have no idea why he was brutalised in this fashion.

CNN-News18 spoke to his family members who were very apprehensive and scared to share any details, fearing backlash given the volatile situation in the capital.

Babita, Vikas’s older sister, said he was attacked around 4pm on Tuesday in Shiv Market when he had gone out for some work.

“From nowhere he was attacked by some miscreants, that too without any provocation,” she said. “They picked up a sharp iron piece (which looked like a part of a drilling machine) and pushed it into his head. He was stunned and was rushed to the hospital with the help of some locals.”

When asked why Chaudhry was attacked, the family members said, “We have absolutely no idea.”