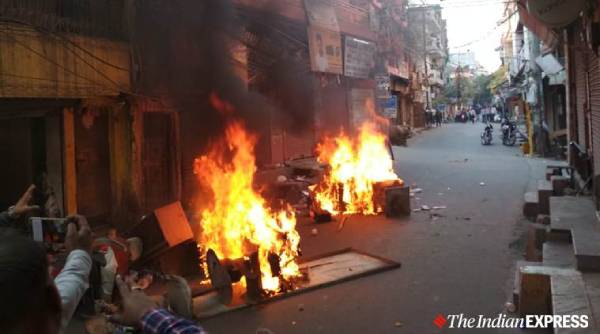 Five days after violence broke out in northeast Delhi over the Citizenship Amendment Act, the death toll in the ensuing communal riots climbed to 34 on Thursday morning.

On Wednesday, both the Centre and the Delhi government swung into action, with National Security Adviser Ajit Doval and Chief Minister Arvind Kejriwal going to the disturbed parts of the city on Wednesday to rebuild confidence among people.

“OIC statement is misleading and inaccurate. Urge these bodies not to indulge in irresponsible comments,” the External Affairs Ministry Spokesperson said in response to a statement from the Organisation of Islamic Cooperation.

The post-mortem report on Tuesday has revealed the exact cause of the death of the Delhi police head constable Ratan Lal who had lost his life in the riots that have ensued in Delhi in wake of the protests against the Citizenship Amendment Act.

According to the autopsy report cited by News Nation, Ratan Lal had died of a bullet injury. Earlier, it was believed that a stone took his life. “A bullet was stuck in Ratan Lal’s body. It entered from left shoulder and went to the right shoulder. It was removed during autopsy,” the report said. “Ratan Lal was shot dead,” the autopsy report revealed.

Lal belonged to Fathepur Tihwali village in Rajasthan’s Sikar district. Lal is survived by his wife and three children. The Sikar resident had joined the Delhi Police as a constable in 1998. He married a Jaipur resident in 2004.

Shahrukh, the Islamist who fired 8 rounds at police during anti-CAA riots in Delhi arrested 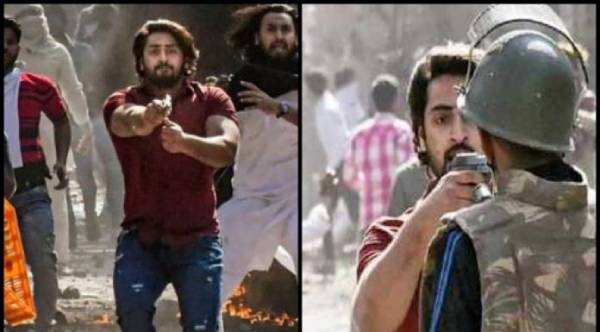 On the day of US President Donald Trump’s visit to India, the national capital has witnessed unprecedented violence. A Delhi police constable has lost his life in the riots that have ensued in the national capital in wake of the protests against the Citizenship Amendment Act. Another DCP has been injured during clashes in Delhi’s Gokulpuri. Amidst the riots, a video of a man opening fire at the police, and one policeman bravely standing in his way emerged. The shooter, identified as Shahrukh, has now been arrested.

Several jihadis anti-CAA rioters went on a rampage after a clash broke out between Pro-CAA and Anti-CAA groups in Maujpur near Jeffrabad, thereby leading to open firing in an attempt to intimidate the cops countering the mob, heavy stone-pelting and vandalism of public property.

Interestingly, just as the video went viral, the usual suspects had started blaming ‘Bhagwa terror’. There were several Leftists and Islamists, who habitually shield Muslim rioters simply assumed that the shooter was someone from the “BJP/RSS” or a “Sanghi Goon”. However, as the identity of the shooter got an event, the usual suspects started retreating, without retracting their deceitful assertions.

The deceit of the Left-Liberal establishment was such, that The Quint even changed its featured image in one of the articles because it showed the shooter Shahrukh with people wearing skull-caps and pelting stones. To ensure that he was not seen with the Islamist mob, the Quint had changed their image.