Is this not another wrong decision by our Govt ? Thousands of ancient Hindu temples, forts and monuments belonging to brave Hindu kings like Maharana Pratap, Shivaji Maharaj etc., are in shambles and we are spending our valuable resources to find out such irrelevant ‘facts’ ! Hindus expect that Indian Govt should change priorities in subjects like these ! – Editor, Hindujagruti 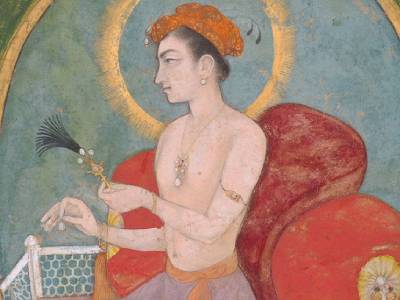 New Delhi : The government has set up a committee to conduct a study on the cultural heritage associated with Dara Shikoh and Abdul Rahim Khane-e-Khana. The committee comprising 7 members including 1. Padmashri Dr RS Bisht, 2. Padmashri Muhammad KK, 3. Dr BR Mani, 4. Dr KN Dixit, 5. Dr BM Pandey, 6. Dr Jamal Hasan, and 7. Prof Ashwini Agrawal, will submit its report to Ministry of Culture in three months, according to the Archaeological Survey of India (ASI).

The Archaeological Survey of India is determined to ascertain the grave of Dara Shikoh. It is believed that one of the graves at the Humayun’s tomb belongs to Dara Shikoh.

Union Minister of State for Tourism Pahlad Patel has constituted the committee of scholars from the Department of Archeology to investigate the graves present at Humayun’s tomb on the basis of the facts and find out which one is related to Dara Shikoh.

A blouse piece bordered with silver or gold threadwork offered to the Goddess or a married lady.