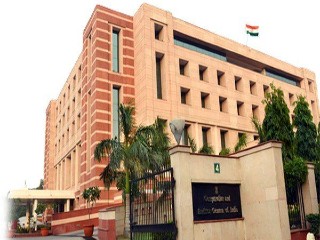 Thiruvananthapuram: According to news agency ANI, The Comptroller and Auditor General of India (CAG) report on the audit of modernisation of weapons in Kerala Police has found that 25 rifles and 12,061 live cartridges are missing from Special Armed Police Battalion (SAPB). The audit further found out that the records related to SAPB were poorly maintained.

The CAG report said, “The entries in the Stock Registers had many over writings, use of white correction fluid and striking off of entries etc. The entries and corrections were not properly authenticated. Audit could not find any evidence of conduct of periodical physical verification by higher officers from the records available at SAPB.”

It further said, “Audit, therefore, conducted (16 October 2018) a test-check including joint physical verification in the SAPB, to assess whether the physical stock of arms and ammunitions agreed with the stock registers and whether the system of accounting of arms and ammunitions was robust and reliable. The joint verification conducted by Audit in the Bell-of-Arms of SAPB along with the Assistant Commandant revealed shortage of 25 Nos. of 5.56 mm INSAS rifles and 12,061 live cartridges.”

It was also said that the police, sensing danger in the situation, tried to cover up the incident. However, there was no action taken against those responsible in the situation. The report read, “Audit observed from the following instances that the Police Department was aware of the shortage in ammunition and attempted to cover up the shortfall instead of identifying and taking action against the culprits responsible or the loss of ammunition,” while also adding, “Audit noticed that the shortage of 250 Nos. 9 mm Drill Cartridges was sought to be covered up by replacing the same with 250 Nos. of dummy cartridges. There was no document on record to show how these dummy cartridges came into the possession of the SAPB and how these were taken into stock. The Commandant, SAPB offered no explanation to Audit on how the 250 unauthorised dummy cartridges came into their possession.”

The report further said that the government of Kerala admitted to the negligence on its part. It read, “The Government of Kerala admitted (April 2019) negligence in the proper maintenance of records and stated that it has been decided to conduct a full-scale audit of the arms and ammunition across the State in all units, to be completed in the next four to six months. Audit observes that the issue of loss of arms and ammunition is a serious issue, with implications on State security and needs to be urgently addressed.”