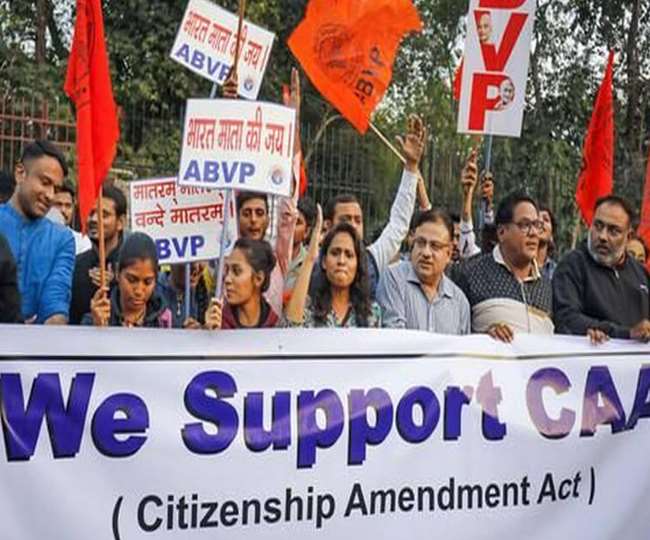 New Delhi : India has said that it’s Citizenship Amendment Act (CAA), passed by Parliament in December and seen as discriminatory towards Muslims by some, is a purely internal matter and completed following due process and through democratic means.

“Every society that fashions a pathway to naturalisation, contemplates both a context and criteria. This is not discrimination. Infact, European societies have followed the same approach,” said a person familiar with the development said on Sunday.

The comments come against the backdrop of some members of the European Union Parliament looking at moving a clutch of resolutions on the CAA next week.

Reacting on this issue, Senior BJP leader and Union minister Ravi Shankar Prasad on Monday (27 Jan) questioned the objectivity of members of European Union (EU) Parliament who have backed resolutions against the CAA, asking if they ever raised their voices over “victimisation” of minority Hindus and Sikhs in Pakistan.

The resolutions have a similar theme with a number of them, such as the GUE/NGL Group, also making a reference to the revocation of Article 370 that gave special status to Jammu and Kashmir. They are set to be debated in the European Parliament in Brussels Wednesday and voted on the day after. If passed, it will be formally sent to the Indian government and Parliament as well as to the European Commission chiefs.

“The CAA is a matter that is entirely internal to India. Moreover, this legislation has been adopted by due process and through democratic means after a public debate in both Houses of Parliament,” the person cited above said.

“Every society that fashions a pathway to naturalisation, contemplates both a context and criteria. This is not discrimination. Infact, European societies have followed the same approach,” the person pointed out.