Thane : A book titled ‘Veer Savarkar – Kitane Veer?’ was distributed during a work-shop held by Congress’ ‘Seva Dal’ at Bhopal exhibiting to what low level Congressmen can stoop to and defame Swatantryaveer Savarkar. Union Government needs to pass a law so as to prevent insult of not only Swa. Savarkar but also all other great national leaders and revolutionaries. Congress-hatred towards Savarkar is hatred towards the whole revolutionary movement and such controversial book should be banned immediately while taking stringent action against the author and publishers of this book, was the demand made by Sou. Nayana Bhagat, the spokesperson of Hindu Janajagruti Samiti (HJS) on behalf of all pro-Hindu organizations during demonstrations staged near Thane (west) railway station, under SATIS bridge on 10th January 2020. 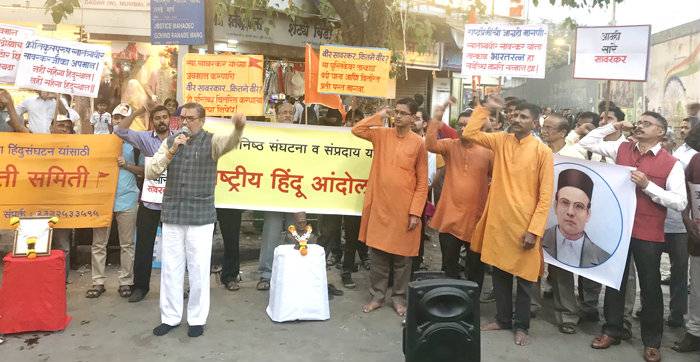 Mumbai : Swatantrayveer Savarkar had tried for release of Indian political prisoners when he was undergoing life imprisonment but Congress spread misleading information about him and defamed him. Now, Congress Seva Dal distributed books on Veer Savarkar during its work-shop held at Bhopal, which contains misleading information, stooping to a very low level, about Veer Savarkar. People are therefore, very angry with Congress, stated Dr. Uday Dhuri, spokesperson of Hindu Janajagruti Samiti (HJS) during demonstrations staged on 9th January at Dadar (west) outside railway station.

Wani (Yeotmal) : Books were distributed during a workshop of Congress Seva Dal held at Bhopal containing insulting matter about Swatantryaveer Savarkar. HJS submitted memorandum to Tehasildar Devendra Chaparia at sub-zonal office, demanding imposition of ban on the said book and to file case against the author of this book, for forwarding the same to Union Home Minister.

In a recently held training camp held by Congress’ Seva-Dal at Bhopal, a booklet titled ‘Veer Savarkar- Kitane Veer?’ was distributed to attendees. Swatantryaveer Savarkar has been insulted in this book and the purpose seems to be creating communal disharmony in the country through this booklet. Hindu Janajagruti Samiti (HJS) and other pro-Hindu organizations therefore, submitted memorandum to local Government administrations at Dhule and Chopda and Yaval in Jalgaon district demanding imposition of ban on this book. 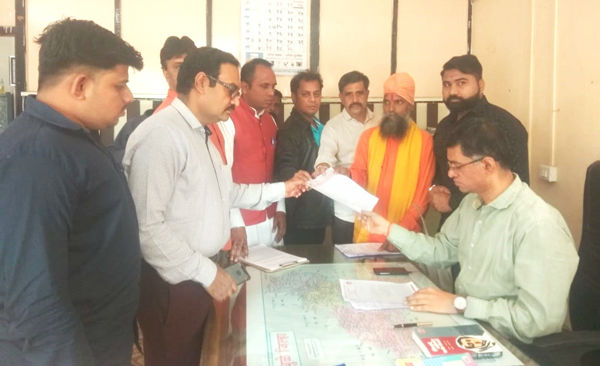 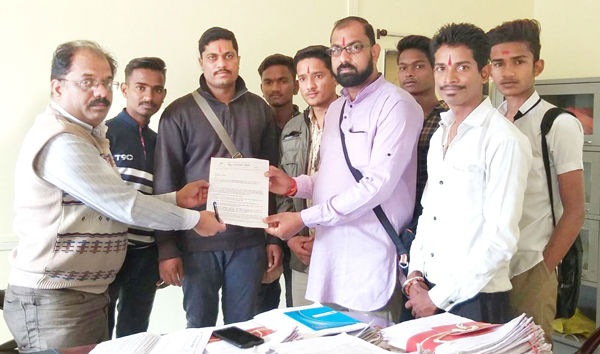