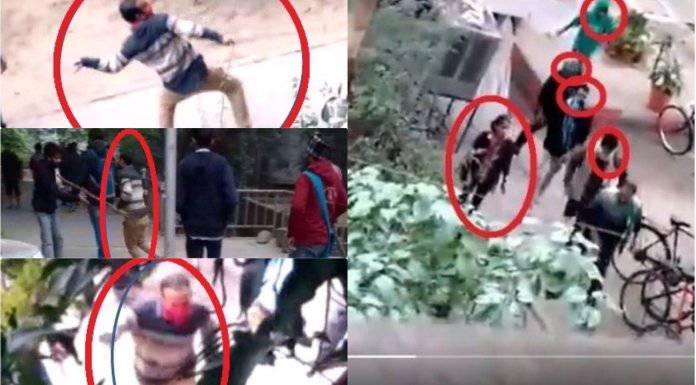 After 5 days of violence, the Delhi Police on Friday addressed a press conference and accused left-wing students of instigating violence in the Jawaharlal University (JNU). Nine suspects have been identified as attackers in the JNU attack case, 7 of whom belong to four Left organisations SFI, AISA, AISF and DFI.

“Between 1st to 5th, JNU decided to do registration online for the winter semester. AISA, AISF, SFI, DSF members were against registration. They have been protesting since October 28,” said Delhi police. It is being reported that out of the 9 suspects, 2 belong to ABVP. 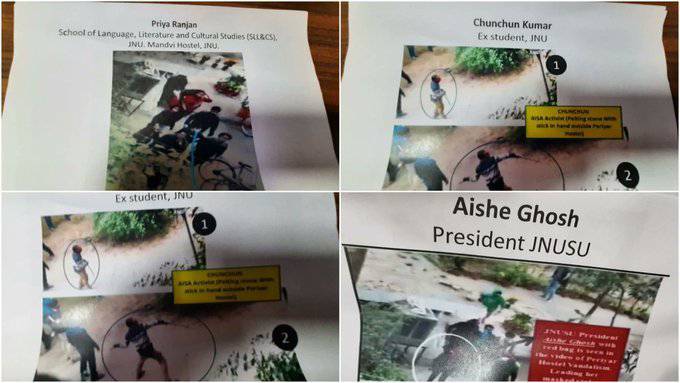 A large majority of students wanted to register but some members of these students’ organisations did not want these students to co-operate with the process, said Joy Tirkey, SIT head while addressing the media.

The Delhi police presented several pieces of evidence to show that how some masked miscreants allegedly belonging to left-wing groups, who had broken glass door and damaged server room.

Three cases have been registered till now, and they are being investigated by the Delhi police. However, none of the nine accused has been detained. The Delhi police have now decided to issue a notice to all the accused.

The Delhi Police also released the pictures in JNU violence and identified JNUSU President Aishe Ghosh and some former students as the accused behind the JNU violence.

Also Read : The Real Face of JNU and Bollywood !

Yogendra Bhardwaj has also been identified as the admin of ‘Unity against left’ Whatsapp group, which allegedly incited violence before the violence in the JNU campus.

Delhi Police PRO MS Randhawa said the investigation is still on and assured that there will be many in the future to provide further details.

During and after the press conference by Delhi Police on JNU violence, #LeftBehindJNUViolence became the national top trend on Twitter. Here are some of the tweets :

Aishe Gosh is bigger actor then our Bollywood diva

Another comedy of error by the left thugs

#माघमेला_2020
Today’s Press Conference by Delhi Police has asserted what we have been saying since JNU violence erupted – that it is the #LeftBehindJNUViolence! pic.twitter.com/I8e59wmSUW

Deepika is folding hands infront of @aishe_ghosh who lead the violent mob in to JNU and beat the students who were registering for the semester !#LeftBehindJNUViolence pic.twitter.com/6GsTT2woov