Such incidents are blot on the society and country ! We need tough laws like ‘Death for rapists’ and their proper implementation without partiality of any kind ! – Editor, Hindujagruti

Number of cases of rapes and murders of women are increasing day by day throughout the country. In last few days, 2 cases of brutal rape and murder of women in Mosada in Gujarat and South Dinajpur in West Bengal have rocked the country. 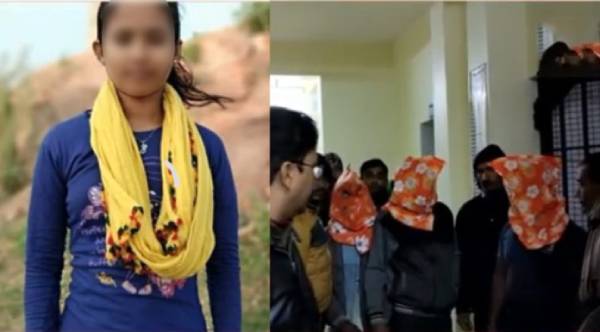 According to a report, teenaged girl in West Bengal was gangraped, murdered and set to fire. Her body recovered after partially eaten by animals.

In an incident similar to the Hyderabad gangrape and murder case, the charred body of a teenaged girl has been recovered in Kumarganj in South Dinajpur in West Bengal. It is alleged that the 17-year-old girl was brutally killed after being gangraped before her body was burnt. The body was found on 6th January morning under a culvert between Safanagar and Ashokgram.

Police have already started investigating the case, and have made three arrests so far. They have been identified as Mahboor Mian, Pankaj Burman and Gautam Burman. Mahboor Mian has been identified as the mastermind of the crime by local media. All of them live in the same area where the girl’s family live, but work outside West Bengal. The victim was known to one of them and she was last seen with him on a two-wheeler.

Police have not confirmed whether the girl was raped, saying it can be confirmed after the post-mortem report is available. but according to reports, preliminary investigations show that she was gang-raped after they took her to an isolated place.

Meanwhile in Gujarat, Police on 7th January registered a case of murder, kidnap, gang rape and related charges against four persons in connection with the death of a 19-year-old girl whose body was found hanging from a tree in a village four days after she went missing on January 1.

The FIR has been registered on the basis of a complaint by a relative of the deceased. The FIR names four persons — Bimal Bharvad, Darshan Bharvad, Satish Bharvad and Jigar – as accused behind the alleged kidnapping, gang rape and murder of the girl.