From last few days, our country is witnessing violent and unnecessary protests against recently formed Citizenship Amendment Act (CAA). These protesters are also targeting Hindus, NRC and Modi Govt at this time. While many facts about these protests are coming out, one startling fact has came into light that Pakistan is fanning these violent protests.

Recently, Swarajya Magazine published an article that how Pakistan is connected with anti-CAA protests in Chennai.

Use of Social Media by Pakistan

According a report, In the last few weeks, more than 1,079 Twitter accounts were created in Pakistan to spread hate speech around Citizenship Amendment Act (CAA), according to a report prepared by cybersecurity company Innefu Labs, which works closely with government and enforcement agencies, including the Defence Research and Development Organisation (DRDO).

Some of the hashtags were used to originate the hate speeches and others were used to post propaganda videos, misinformation, and police brutality.

“They work in two phases — first by creating a hashtag and then using their activists to bring it in the trending list,” said Tarun Wig, co-founder and CTO of Innefu Labs, which used uses data analytics and artificial intelligence solutions to track and flag off cyber crimes. 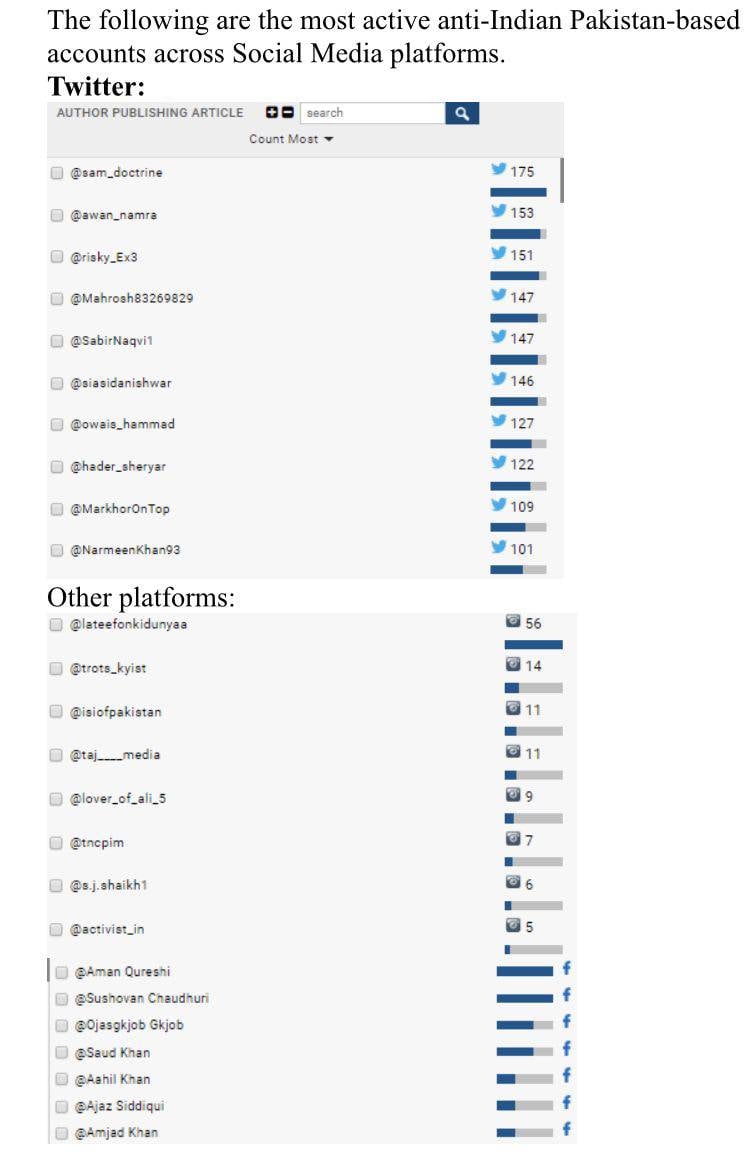 The accounts’ and the bots’ objective is to increase negative sentiment and radicalise Muslims against the bill. The accounts projected the CAA as communal law. The report also said that attempts were made, using these accounts and bots, to start countrywide protests.

“Pakistan’s ISI has presence in every major Indian city. They have their ‘natural fifth column’ here in India, who don’t say ‘Bharat Mata Ki Jai’, don’t stand up for National Anthem, are into goondaism. They are trying to disturb peace,” Fateh told TOI at Indore, adding: “You (Indians) have to fight back and ‘undo’ Pakistan as until this country is there, Hindustan will face problems.”

On CAA, Fateh advocated for India to become a ‘Hindu Rashtra’. “If India does not turn into ‘Hindu Rashtra’, which country will?” asked the author, adding that “a Hindu is every person, who takes ownership of Hindustan’s history and tradition.”

Pakistan Prime Minister Imran Khan on 21st Dec 2019, expressed apprehension that India could carry out a “false flag operation” against it to divert attention from its domestic situation and warned that it will give a befitting response to any such action.

Khan in a series of tweets said that under the Modi government, India has been moving towards “Hindu Rashtra” with its “fascist ideology”.

“Now with the Citizens Amendment Act, all those Indians who want a pluralist India are beginning to protest & it is becoming a mass movement,” Khan said on the massive protests in India against the new citizenship law.

So with these facts, we can conclude that Pakistan is helping anti-CAA, anti-Govt and anti-Hindu protests through social media and other means too. In his recent speech, our PM Narendra Modiji told anti-CAA protesters to protest against Pakistan’s atrocities on minorities instead of CAA which is going to help persecuted minorities from Pakistan, Bangladesh and Afghanistan.

Now, as an Indian citizen, we should remain alert and try to expose Pakistan through social media.