So with such ‘initiative’, is Delhi Waqf Board setting wrong precedent while supporting even those who violently attacked police personnel and damaged public properties ?  And that too with taxpayers’ money ? – Editor, Hindujagruti 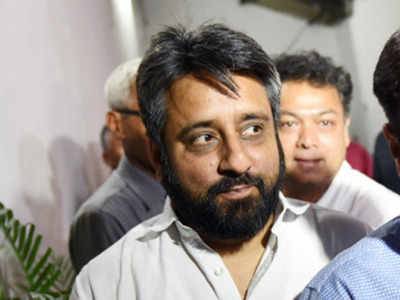 New Delhi : The Delhi Waqf Board has set up helpdesks to extend free legal aid to people booked in the city and other states during protests against the amended citizenship law.

The three helpdesks at Waqf Board head office in Daryaganj, Okhla and Jafrabad have been set up at the direction of chairman of the panel Amanatullah Khan.

Board member Himal Akhtar will supervise the helpdesks where team of lawyers will be available to provide legal services.

“These helpdesks will provide free legal aid to the innocent people who were tortured and framed in fake cases by the police in different parts of the country,” Akhtar said in a statement.

The areas of Daryaganj, Okhla and Jafrabad in the city had witnessed violence and arson during protests against amended citizenship law earlier this month.

Akhtar said besides legal aid, the Waqf Board will also provide monetary support to people who themselves or their kins are facing “fake” cases and fighting legal battle.

The Waqf Board had earlier also helped Jamia Millia students injured in protests in Okhla. Khan had also declared to provide Rs 5 lakh each to the kin of those killed during protests in Uttar Pradesh and Mangaluru.