If this is the situation of a player of a national sports team, just because he is a Hindu, then one could not even think about the persecution of common Hindus in Pakistan. CAA has been enacted to give citizenship to such persecuted minorities from Islamic countries of Pakistan, Bangladesh and Afghanistan ! – Editor, Hindujagruti 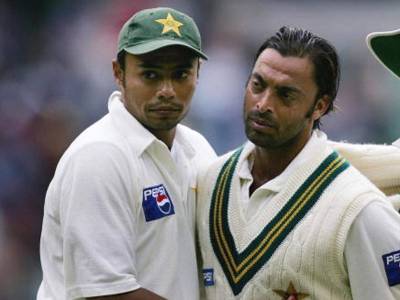 Karachi : Former Pakistani leg-spinner Danish Kaneria on Tuesday lauded Pakistan pacer, Shoaib Akhtar, for his confession regarding the treatment faced by Kaneria and said that whatever Akhtar said was true and he is very thankful to him for taking such a brave stand.

A video of Pakistani pacer Shoaib Akhtar, who has been vocal on different issues, has gone viral on social media in which he had said that players refused to eat food with Kaneria just because he was a Hindu.

“I am very thankful to Shoaib Akhtar bhai for his remarks. Whatever he said was true. I have never said anything to him although he came for my support,” Kaneria told ANI.

The 39-year-old Kaneria, who played 61 Tests for Pakistan, is the second Hindu to feature in the Pakistani cricket team after Anil Dalpat.

The spinner, who had 261 Test wickets and 15 ODI scalps, said that he did not have the courage to speak about that but after Akhtar’s statement he will soon name players who have issues with him during his cricketing days.

Kaneria said there were players like Younis Khan, Inzamam-ul-Haq, Mohammad Yousuf, and Akhtar who were nice to him irrespective of his religion.

Earlier, Rawalpindi Express had revealed that during his playing days he was surrounded by match-fixers in the national team.

In a chat show with Samina Peerzada, the 44-year-old cricketer had said that he had a belief that he can’t cheat his country and that is why he never did a match-fixing.

“I was always of the belief that I can never cheat Pakistan, no match-fixing. I was surrounded by match-fixers,” Shoaib Akhtar had said on the chat show ‘Rewind With Samina Peerzada.’

“I was playing against about 22 people (sic) — 11 theirs and 10 ours. Who knows who was the match-fixer. There was so much match-fixing. Mohammad Asif told me which all matches they had fixed and how they did it,” he had said.

Akhtar played 46 Test matches for Pakistan in which he scalped 178 wickets while in 163 ODIs he had 247 dismissals. He was regarded as one of the fastest pacers in the world.

In the shortest format of the game, he played 15 T20I in which he bagged 19 wickets.