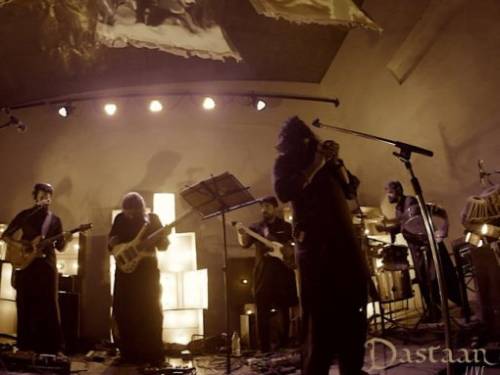 Four members of Rock Band ‘Dastaan Live’ who were performing at Serendipity Arts Festival in Goa were arrested for hurting religious sentiments in one of their songs and then released on bail on Wednesday. Reportedly, they chanted ‘Om’ with several abusive words during their performance.

According to the complaint filed by the Lawyer, the Rock Bank members were “misusing the platform by performing songs which insult Hindu religion by chanting Om with abusive words and displaying walks of life with the deliberate intention of outraging the religious feelings of Hindus”.

Reportedly, the musicians chanted ‘Om’, which is a sacred chant for Hindus, with abusive language such as ‘Ullu ka Pattha’. This questionable performance took place on Tuesday and was curated by noted Bollywood music director Sneha Khanwalkar, who has lent music to popular films like Gangs of Wasseypur I and II as well as Oye Lucky, Lucky Oye.

The four musicians who were booked for hurting Hindu sentiments were Sumant Balakrishnan (34), Anirban Ghosh (37), Shiva Pathak (40) and Nirmala Ravindran (45).

The musicians of the band Dastaan Live were booked under IPC section 295-A (Hurting religious feelings) and were released on the condition that they would cooperate in the investigation.

According to the Goa police, the musicians were let off on a bail bond of Rs. 20,000 each and a surety amount also of Rs. 20,000. The condition was that they would present themselves to the police whenever they were asked to do so in the course of the investigation. However, the four are free to leave Goa on that condition.