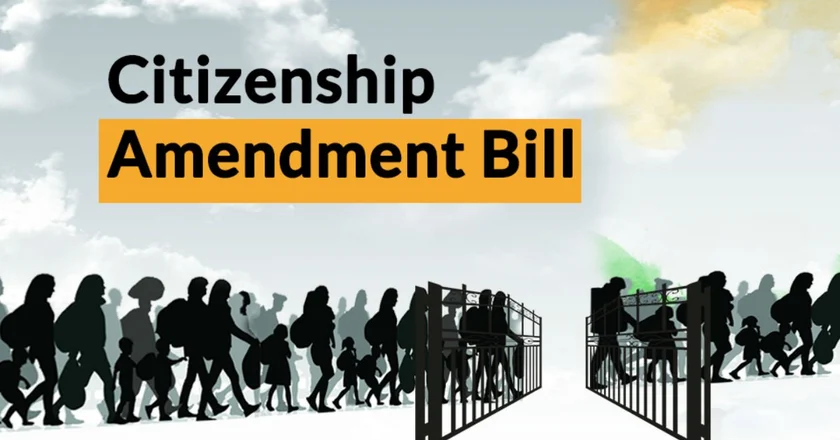 In a historic moment, the Rajya Sabha passed the Citizenship Amendment Bill (CAB) on Wednesday evening (11 December) after 125 MPs voted in its favour while 105 opposed it. The total votes cast were 230 with the majority mark being 116.

Backed by allies like AIADMK, SAD, JDU and other parties like BJD, TDP and YSRCP, it became a relatively easy battle for the BJP. It was also sort of helped by the Shiv Sena which staged a walkout.

The bill was already passed by the Lok Sabha on Monday (9 December) and after President Kovind’s ascent would turn into a law.

This bill will be a boon for persecuted minorities belonging to the Hindu, Sikh, Jain, Buddhist, Christian and Parsi community who have fled from Pakistan, Afghanistan and Bangladesh to seek refuge in India. It will now become easier for them to avail Indian citizenship.

Many have pointed out that this bill would be a big step towards ensuring that India eventually becomes a natural home for all Hindus.

The CAB was one of the electoral promises of the BJP and was vehemently opposed by the opposition and section of journalists, some of whom decided to indulge in fearmongering and fake news.

The problem of Hindu refugees has been solved; now, deport the infiltrators : HJS

Thanks to the Central Govt. For passing ‘Citizenship Amendment Bill’

It was long pending demand of Hindu organisations like @HinduJagrutiOrg to provide Indian citizenship to persecuted minority Hindus in Islamic countries !

The Article 370 in Kashmir has been abrogated; the ‘National Register of Citizens’ (NRC) which has been implemented  in Assam will be implemented throughout the country and the injustice done to Hindus for years together will be remedied. Now, the Modi Government has passed ‘Citizenship Amendment Bill’ (CAB) which would give Indian citizenship to Hindu, Buddhist, Sikh, Jain, Parsee refugees who have migrated from Pakistan, Bangladesh and Afghanistan. This decision is praiseworthy. Hindu Janajagruti Samiti welcomes the decision and thanks to the Central Government for displaying inclusiveness to refugee Hindus in the world. With this, the problem of migrants from foreign countries has been solved; however, the problem of more than 5 crore jihadi infiltrators from Bangladesh, Pakistan and Rohingyas who have intruded in the country remains to be solved. Due to these infiltrators, the additional burden on the scarce national resources has increased and serious threat to the national security has also been posed. Therefore, these infiltrators should be immediately deported from India, demanded Mr. Ramesh Shinde, National Spokesperson of Hindu Janajagruti Samiti.

Hindu Janajagruti Samiti has been raising voice from time to time against the atrocities being committed on Hindus in Pakistan, Bangladesh, etc. The issue was also raised through agitations held in the past. A resolution to this effect was passed in the All India Hindu Conventions being held every year and demand in this regard was submitted to the Government. Today, this demand has been fulfilled. The Hindu refugees all over the world were pleased with this decision and Hindu Janajagruti Samiti is also equally happy. We thank the Modi Government on behalf of Samiti, as well as, the ‘All India Hindu Convention’, said Mr. Ramesh Shinde.

Who gets the Indian Citizenship ?

The Citizenship (Amendment) Bill proposes to grant citizenship to the non-Muslims Hindus, Sikhs, Christians, Buddhist, Jains and Parsis — from Afghanistan, Pakistan and Bangladesh who arrived in India before December 31, 2014.

In other words, the CAB paves way for Indian citizenship to lakhs of immigrants, who identify themselves with any of the given religions, even if they lacked any document to prove their residency. It also means that any immigrant who does not belong to the said communities would not be eligible for Indian citizenship.

Also, as per the Citizenship (Amendment) Bill, any illegal immigrant from Afghanistan, Pakistan and Bangladesh who belongs to these said communities will not be deported or imprisoned if they are not carrying any valid documents for their residency in India.

Earlier, the duration of the immigrants’ residency was 11 years. The amended bill has reduced it to five years. This means that immigrants from the three countries and from the mentioned religions, who have entered India before December 31, 2014, would not be treated as illegal immigrants.

The Citizenship (Amendment) Bill exempts certain areas in the North-East from this provision.

The Citizenship (Amendment) Bill would not apply to tribal areas of Assam, Meghalaya, Mizoram and Tripura as included in Sixth Schedule of the Constitution and the area covered under the Inner Limit notified under the Bengal Eastern Frontier Regulation, 1873.

This effectively means that Arunachal Pradesh, Nagaland and Mizoram along with almost whole of Meghalaya and parts of Assam and Tripura would stay out of the purview of the Citizenship (Amendment) Bill.

Besides, the citizenship bill also makes amendments to provisions related to the Overseas Citizens of India (OCI) cardholders.

As per the citizenship bill, a foreigner may register as an OCI under the 1955 Act if they are of Indian origin (e.g., former citizen of India or their descendants) or the spouse of a person of Indian origin.

The Citizenship (Amendment) Bill entitles the OCI cardholders to benefits such as the right to travel to India, and to work and study in the country. The Citizenship Bill, which was passed in the Rajya Sabha, amends the Act to allow cancellation of OCI registration if the person has violated any law notified by the Central government.

It violates Article 14 which talks of equality

CAB is anti-Muslim/ It discriminates against Muslims

Muslims are also persecuted, and then why not allow Ahmediyas and Shias?

CAB is furthering the Two Nation Theory that divided India

What happens to other refugees like Sri Lankan Tamils and Tibetans

Then why not apply the same principles to Rohingyas