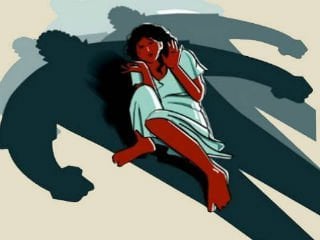 In a barbaric incident, a 20-year-old rape survivor was set on fire by pouring kerosene on her allegedly by five men, including the duo who are accused of raping her a year ago. The incident occurred at Sindupur village under the Bihar police station area on the wee hours of Thursday and has caused tension in the area.

According to the reports, the rape accused and his friends dragged the woman outside of her village, took her into the fields and doused her in petrol before setting her on fire. She was raped by the five men in March while police could manage to arrest only three of them and two others were still on the run.

Reportedly, the rape victim survivor was going to Raebareli with her parents to pursue the case at 4 am on Wednesday when she was attacked. The survivor was immediately rushed to the district hospital and then referred to Civil Hospital in Lucknow after her condition deteriorated.

“She has told investigators that she was set on fire by the two accused who had raped her a year ago and were presently on bail. They were accompanied by three of their associates,” said the police.

DS Negi, the chief medical officer of Civil Hospital in Lucknow, said that the survivor has sustained 90 per cent burns.

“The survivor is in a restless state due to pain. The next 48-72 hours are critical for her survival. She is in a state of shock as of now,” said plastic surgeon Dr Pradeep Tiwari who is treating her at the Civil Hospital.

DGP OP Singh said the incident is very unfortunate and all five accused, including Hari Shankar Trivedi, Shivam and Shubham Trivedi, have been arrested.

“The case was transferred to Raebareli following court orders a few months ago. We have recorded the statement of the survivor. Unnao DM and SP are supervising police action. Cops are scanning call details of all the accused,” Singh said adding that ADG (Lucknow zone) has rushed to the Trauma Centre to ensure proper treatment to the survivor.