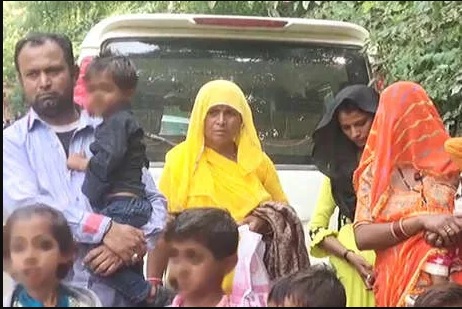 A Hindu family of 19 members had fled Pakistan in 2013 to avoid religious persecution and settled in Rajasthan’s Jodhpur. After a while, six members of that family had moved to Jaisalmer’s Nachna village.

The Rajasthan CID and Foreigners Registration Office (FRO) after assessing the documents and occupations of the six members living in Nachna, had termed them as a security threat to the country and its people. The authorities had also issued a notice to the family asking them to leave the country and seek asylum elsewhere. 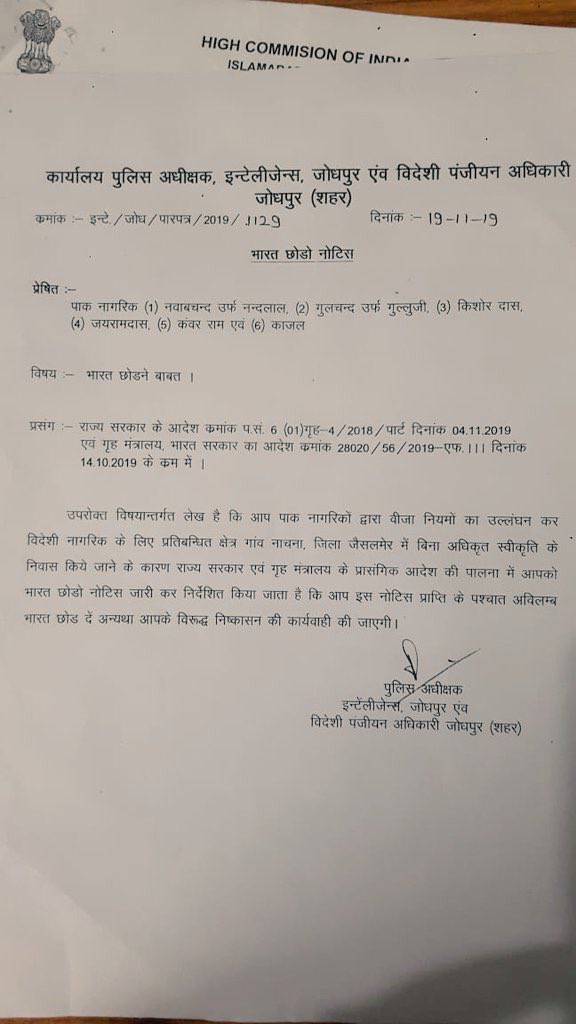 Dr Omendra Ratnu, a resident of Jaipur, an activist working for the cause of persecuted Hindus, had approached the court after the Rajasthan government had ordered to deport Hindu families of Pakistan but did not find any success.

“The Rajasthan police wants to send these people to Pakistan via the Wagah-Attari border but we are trying our best to stop it. In this regard, we have spoken to Arun Kumar and senior leaders of the RSS. We will not allow them to deport these persecuted Hindus,” said Ratnu.

Dr Ratnu further added that instead of deporting persecuted Hindus, let the government punish them for the crimes that they have allegedly committed.

Pakistan is notoriously known for its persecution of not only religious minorities but also ethnic minorities within their own country. The forceful conversion programmes have often been unleashed against the minorities especially Christians, Sikhs and Hindus living in Pakistan with utmost brutality.

The Sindh province of Pakistan is notoriously known for violent attacks against minority Hindus in the country. The forceful conversions, the killing of Hindus by Islamists are increasing at an alarming rate in the terror state of Pakistan.