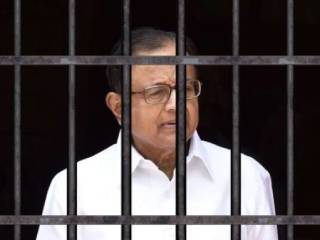 NEW DELHI: The Delhi high court on Friday denied bail to former finance minister P Chidambaram in the INX Media money laundering case and said his role appeared to be “active and key” and the allegations against him were “serious”.

Justice Suresh Kait said a “wrong message” would go to society if such a high profile economic offender was released on bail in the face of prima facie evidence cited by the Enforcement Directorate that he played an active and key role.

“Prima facie the allegations are serious in nature and the petitioner has played active and key role in the present case. It cannot be disputed that the entire community is aggrieved if economic offenders who ruin the economy of the state are not brought to book, as such offences affect the very fabric of democratic governance and probity in public life,” the court said in its 41-page judgment dismissing the bail plea.

The judge also made a distinction between the CBI probe into corruption and evidence amassed by the ED in the money laundering case in the same INX Media case.

He said the ED investigation was “distinct, different and independent” of the CBI probe and underlined that in economic offences, the entire community and society felt the impact, where the individual committed a crime in a pre-planned manner, unlike a murder. “No doubt, bail is right and jail is exception, but if bail is granted in such case, a wrong message goes to the public at large,” the court said. If Chidambaram had been granted bail in the money laundering case, he would have been out of the jail as he is already on bail in the CBI case.

The HC had reserved its order on November 8 after hearing the arguments of counsel for Chidambaram and the ED. The agency arrested the former minister on October 16, after he was first arrested by the CBI on August 21. He has since been granted bail in the CBI case by the SC but continues to remain in jail due to the ED probe.