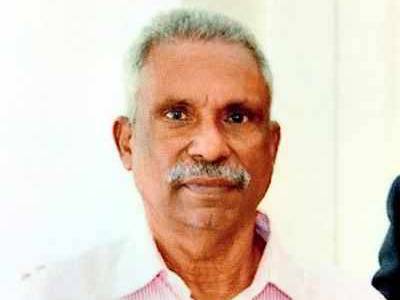 An elderly couple was found brutally murdered in their home allegedly by two Bangladeshi nationals at Venmony in Chengannur on Tuesday.

According to the reports, the deceased elderly couple has been identified as 75-year-old AP Cheriyan and his wife 68-year-old Lillykutty Cheriyan. The local police have now issued a lookout notice for two Bangladeshi men Labilu and Juwel in connection with the murder.

The Venmony police have registered cases against under the IPC 302 – punishment for murder and IPC 394 – voluntarily causing hurt in committing robbery.

As per reports, the neighbours discovered the bodies of the two at 7:30 AM on Tuesday and thereafter informed the police. The couple were staying alone as their children are living in the Middle East.

According to the ward member Ajitha Mohan, the couple was introduced to two men identified as Labilu and Juwel by a local contractor. They were hired to clean the couple’s house and to pluck coconuts on Friday and Saturday. The Bangladeshi nationals also offered to work on Sunday but the couple refused as they wanted to go to Church.

As per reports, the workers did not turn up to work on Monday. By Monday afternoon, it started raining heavily. Though the milk supplying woman of the area placed a milk bottle on the sit out of their home on Monday evening at 5 pm, it was seen the same place on Tuesday morning. Hence, it is believed that the couple were murdered before 5 PM in the evening.

Reportedly, the deceased Cheriyan usually used to go for an evening walk with his two neighbouring friends. On Tuesday morning, the two friends reached Cheriyan’s home after they felt something was not right. There they saw that the front door of the house was found locked and windows doors were open.

The two neighbours entered through the back door and found Lillykutty dead on the kitchen floor. According to the police, her face was smashed with a spade. A part of the spade was found next to her body.

The neighbours immediately alerted the police, who later found Cheriyan’s body in a room where spare equipments were kept. He is suspected to have been killed using an iron rod. Though a cupboard was forced open, the police are waiting for the couple’s children to arrive and ascertain if any valuables were stolen.

“Cheriyan and family were in Nagaland and they returned to Venmony around 15 years ago. Their one daughter Bindhu and one son Dipu are in the Middle East with their families. The funeral will be held after they reached here,” said the ward member.

Reportedly, the lock of the almiraha in the home was found broken and clothes scattered all over the rooms. But the police could not confirm the stolen items and they are waiting for the arrival of the children of the deceased. The bodies were shifted to the morgue of Alappuzha Medical College Hospital and it will be handed over to their kin on Wednesday.