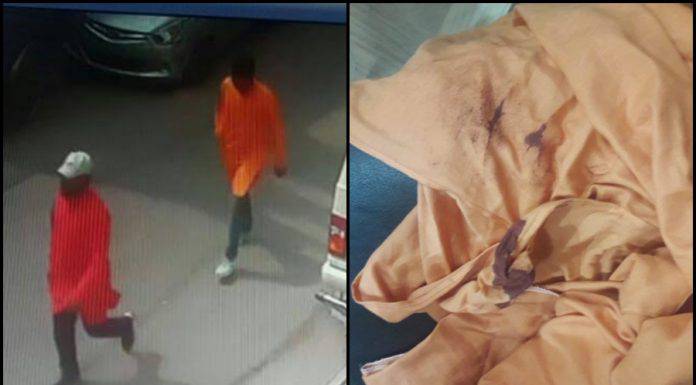 On 18th October 2019, Hindu leader Kamlesh Tiwari was brutally murdered for his 2015 comments where he had allegedly insulted Prophet Muhammad. The Uttar Pradesh police and Gujarat ATS sprung into action to blow the lid off a Surat-based Jihadi group that was indoctrinated by one of the accused who planned the murder, Maulana Mohsin Sheikh. Two other conspirators, Rashid Pathan and Faizan have been arrested. The Gujarat ATS has declared the names of the murderers as Moinuddin and Ashfaq, though the UP police have not commented on the names of the murderers who are still absconding.

Uttar Pradesh DGP had also confirmed that Maulana Anwar-ul-Haq and Mohammed Mufti Naeem Kazmi have been arrested and are being interrogated for their role in the murder.

The ones arrested have reportedly admitted that they killed Kamlesh Tiwari over his remarks against Prophet Muhammad and the plan was being hatched for the past 2 months.

Now, information has emerged that Uttar Pradesh police has made substantial headway in their hunt for Moinuddin and Ashfaq, the two men who hid their weapons in a Surat sweet box and hacked Kamlesh Tiwari to death.

The murderers, according to the latest information, went straight to a hotel in West Lucknow in the Kesarbag area. Once they reached Khalsa Hote, they reportedly discarded their ‘bhagwa’ clothes and escaped. The Lucknow police got a tip-off about some ‘bhagwa’ clothes being discarded in the hotel room. As soon as this information was received, the field unit of Lucknow police reached the spot to inspect the room.

It is interesting to note here that the murderers, Moinuddin and Ashfaq wore saffron and red kurtas while committing the murder. Saffron is often associated with Hindutva and hence, it appears that saffron clothes were worn to mislead people into believing that the perpetrators were not Islamic radicals, but people who believed in Hindutva.

When the hotel register was checked by the police, the following names were used to rent the room.

They were found to be from Surat, Gujarat by the field unit inspecting the hotel and the room.

From the room, the field unit of Lucknow police found the clothes the perpetrators were wearing stained with blood. Even the towel that was lying open in the room had blood stains on them. Further, the police found shaving kit, glasses, bags and other personal items.

The police is also tracing the location of the murderers. According to information, the murderers left the Lucknow hotel room and then, from Hardoi and Bareilly, they reached Gaziabad. The police have managed to trace their location till Gaziabad and further investigation is on.

According to Lucknow police, the room G-103 has now been sealed after all the evidence material was collected.

Kamlesh Tiwari was arrested by the then Akhilesh Yadav government for his remarks against Prophet Mohammad’s sexuality in 2015. Muslim groups in Deoband, Saharanpur and West Bengal had launched massive riots and protests demanding Tiwari’s death.

Kamlesh Tiwari had remained in jail or over a year after the National Security Act was slapped on him. In September 2016, the Allahabad HC had finally quashed the NSA charges against him and he was released later. The arrest and subsequent charges on Kamlesh Tiwari over remarks against Prophet Muhammad had caused an outrage in the nation, especially among Hindu groups.