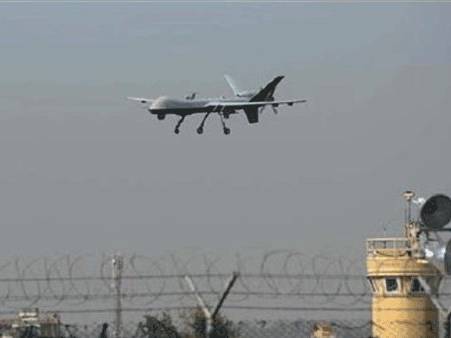 New Delhi : The Ministry for Home Affairs has taken note of the drone sightings along the India-Pakistan border. While the National Investigation Agency is probing the case after drones had dropped off arms and ammunition, it has now been revealed that it was the Pakistan Army which was behind this incident.

The Punjab Police had earlier said that attempts were on by Pakistan to conduct an aerial survey. Another officer with the National Investigation Agency tells OneIndia that Pakistan continues to survey the area so that it could send another consignment of arms.

The National Technical Research Organisation too is working on this case and will check on the frequency on which the drones have been operating along with the border areas. The NTRO’s role would be crucial in determining in finding out the base stations which have been controlling these drones.

This is not the job of a terrorist group. It is clearly the Pakistan establishment which is behind these incidents, sources also informed. They are repeatedly surveying the area and are looking to drop more arms and ammunition.

In the previous operation, they had dropped off arms and had tasked the Khalistan Zindabad Force to collect the same. The arms were meant to be transported into Jammu and Kashmir and supplied to the terrorists over there.

In the past two weeks, there have been several sightings of drones in Punjab. As recently as Tuesday the residents of Tendi Wala and Hajara Singh Wala villages, both situated along the Hussainwala border in Ferozepur had reported the sighting of drones.

This development comes after the BSF reported the sighting of a drone from Pakistan on Monday. Prior to this, the Punjab Police had found that 5 drones had conducted 8 sorties and dropped off ammunition in Punjab.

A source part of the investigating team informed OneIndia that unlike the past occurrences, this was not an attempt to drop off arms. It appears to be either a case of mischief or an attempt to carry out an aerial survey at the border. We will have a definitive answer in a day or two, the officer informed.

It may be recalled that the Punjab police had found that heavy lifting drones from Pakistan were used to drop off arms and ammunition near the Punjab border. The consignment was meant to be picked up by the members of the KZF and then transported to Jammu and Kashmir, the police also learnt.

The Punjab Police nabbed four members of the proscribed outfit. Further investigations also led to the arrest of another person identified as Shubhdeep Singh alias Shubh. It is learnt that the five persons had destroyed a drone after it failed to fly back to Pakistan.

They then threw parts of the drone into a canal near the Dhode village. To retrieve the material, more than five divers were pressed into service.

Over the past 10 days, the drones are said to have carried out 8 sorties to drop the weapons, which also include satellite phones.

The heavy lifting drones can carry up to 5 kilograms and also capable of flying fast and low to evade detection, a source in the Punjab Police informed OneIndia. The first clues came in after the police found a burnt drone at Tarn Taran. The drone was burnt down by the terrorists after it failed to fly back to Pakistan.

This led to the recovery of arms and ammunition in Amritsar near the Pakistan border. There has been enhanced activity by Pakistan especially on the Punjab border. The intention is to drop off as many arms and other material so that it can be smuggled into Jammu and Kashmir for the terrorists over there to use.

Counter Intelligence Officials tell OneIndia that the focus for the ISI is on J&K. With security at an all-time high, it is unable to move the arms through the border. Hence the ISI has been using the Punjab border to drop off the arms. Further, the agency has also directed the operatives of the KZF and BKI to activate its networks and help move the consignment into Jammu and Kashmir. The ISI has been looking to launch a major strike in J&K and hence wants to facilitate the terrorists there with arms and ammunition.