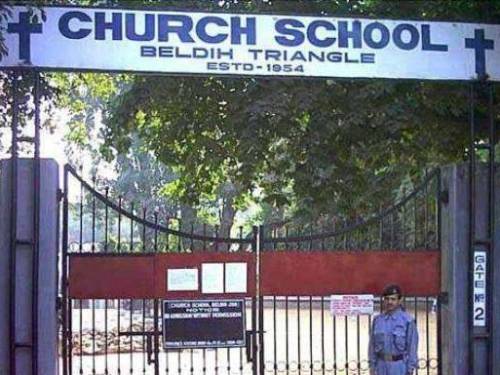 17 students studying in class 12 in Church School Beldih were reportedly suspended for allegedly chanting ‘Jai Shri Ram‘ in the school. School Principal L Peterson says they were sent on five days ‘study leave’ as their activities breached discipline and were ‘disturbing school environment’.

As per reports, the students were suspended on Tuesday for chanting ‘Jai Shri Ram’ which led to protests by the ABVP at the school. The matter came to light when some parents approached the district education officials.